"I’m afraid we could see some Saharan dust blowing up over us this week."

Alan O'Reilly from Carlow Weather spoke about the event over on Twitter this week, saying: "Did you wash the windows at the weekend? Well I’m afraid we could see some Saharan dust blowing up over us this week." 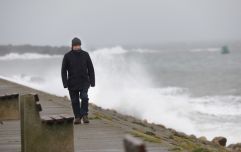 END_OF_DOCUMENT_TOKEN_TO_BE_REPLACED

Alan also shared a map from the Dust Forecast Centre predicting some "Saharan dust". The dust is reported to have started in Northeastern Chad.

NASA's Earth Observatory explained: "Each year more than 180 million tons of dust blow out from North Africa, lofted out of the Sahara Desert by strong seasonal winds."

"Perhaps most familiar are the huge, showy plumes that advance across the tropical Atlantic Ocean toward the Americas," they wen ton. "But the dust goes elsewhere, too—settling back down in other parts of Africa or drifting north toward Europe. A dramatic display of airborne dust particles was observed on February 18, 2021, by the Visible Infrared Imaging Radiometer Suite (VIIRS) on the NOAA-20 spacecraft.

"The dust appears widespread, but particularly stirred up over the Bodélé Depression in northeastern Chad."

The weather for this next week will be mixed with rain and sun around the country. Meanwhile conditions will stay mixed for the remainder of this week as occasional showers are joined by some sunny spells in places. 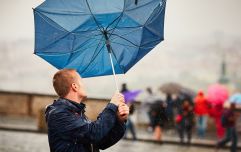 END_OF_DOCUMENT_TOKEN_TO_BE_REPLACED

Met Éireann said: "Mainly dry tonight with just a few clear spells and a chance of some isolated patchy rain or drizzle in places. A slight frost will develop under clear skies along with pockets of mist or fog. Lowest temperatures of 0 to 4 degrees Celsius in light northeasterly or variable breezes."

popular
Taxi driver who dropped missing woman Bernadette Connolly off comes forward
'Oystering' is set to be the dating trend of 2022 - but what is it?
Man arrested on suspicion of murder of Ashling Murphy
Sinéad O'Connor shares emotional new song dedicated to late son Shane
Fans convinced Love Island's Chloe inspired new Kanye track
Ashling Murphy's funeral to take place today
Best friends find out they're pregnant on the same day and give birth an hour apart
You may also like
1 month ago
More counties issued with weather warnings as Storm Barra hits Ireland
1 month ago
Thousands of homes without power due to Storm Barra
1 month ago
Schools affected by Storm Barra expected to reopen tomorrow, says Minister
1 month ago
These are the counties most likely to have a White Christmas in 2021
1 month ago
Weather warning issued for 7 counties as "snow possible" later this week
1 month ago
Temperatures are officially set to plummet as they head into the minus figures
Next Page