It's a tumultuous time to be a woman in America.

This week, over 200 members of Congress voted in favour of the US Supreme Court revisiting Roe v Wade, the landmark ruling that made abortion legal across the States in 1973.

The appeal came following a relevant case in Louisiana which saw an amicus brief signed by 205 Republicans and two Democrats, all calling for the court to reconsider the law.

Abortion access has already been restricted considerable amounts in Ohio, Kentucky, Mississippi, and Alabama, with the latter passing the most severe law that would criminalise terminations entirely except in very specific cases if passed.

As well as this, there has been mass demonstrations, continued harassment at clinics, and the repeated defunding of organisations that exist to help women - a trend that's only expected to continue unless a Democrat is voted into the White House later this year. 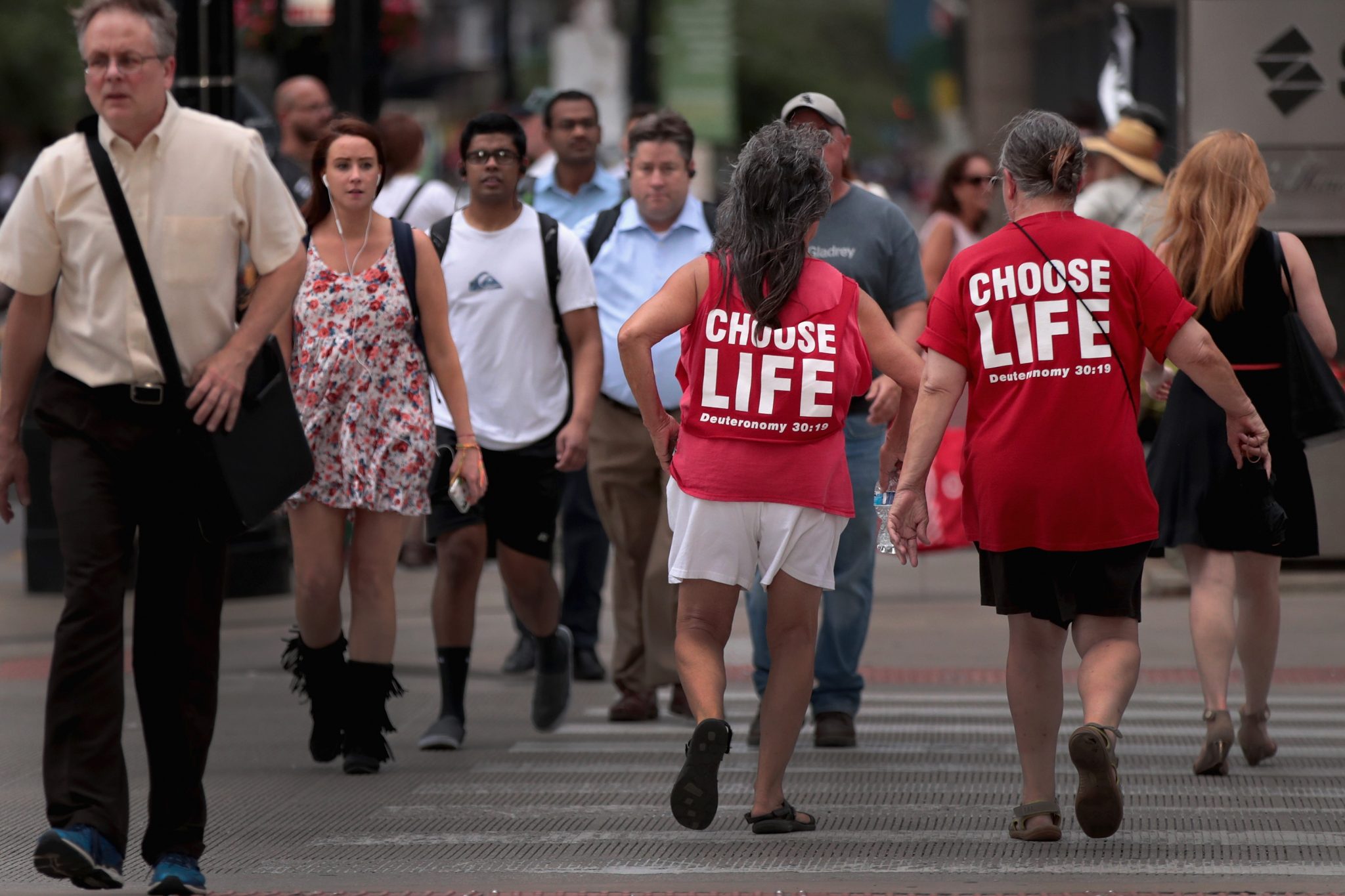 “Forty-six years after Roe was decided, it remains a radically unsettled precedent: two of the seven justices who originally joined the majority subsequently repudiated it in whole or in part, 82 and virtually every abortion decision since has been closely divided,” reads the aforementioned brief.

“Furthermore, Roe’s jurisprudence has been haphazard from the beginning. Roe did not actually hold that abortion was a ‘fundamental’ constitutional right, but only implied it.”

Signed into US law in 1973, the landmark decision not only made abortion access a right for all Americans, but also made it substantially easier for women to make their own informed decisions about their bodies, health, and reproductive choices.

With the law came an increased education around family planning, a mobilised push for personal freedom and the right to privacy, as well as the widely pronounced (albeit widely disputed) idea that abortion rights are, in fact, human rights.

But with this new found nationwide legal respect for women's autonomy came the inevitable and expected backlash, a strained fury that has taken the States from the '70s right into the present day - unfortunately, without waning. 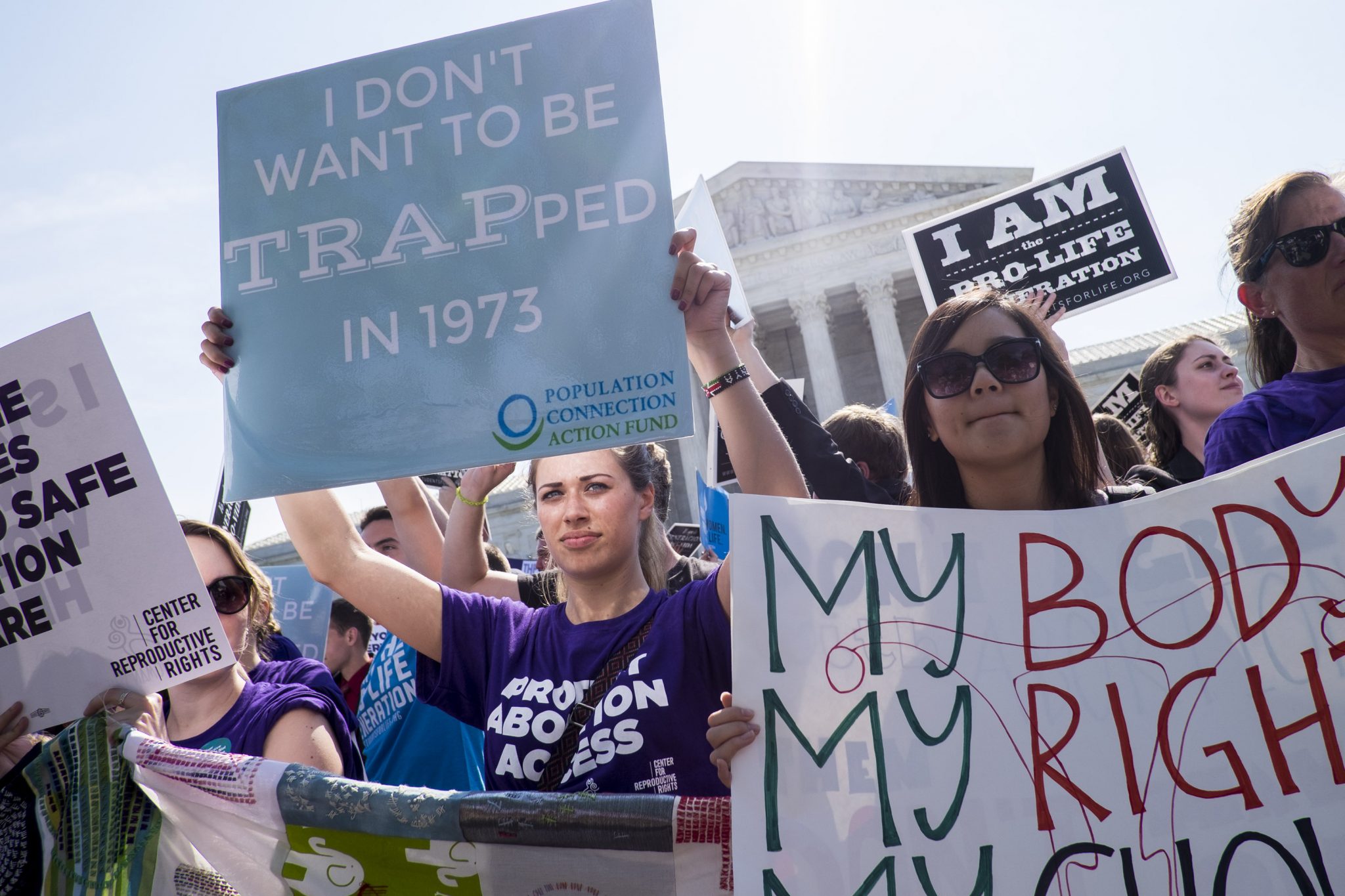 END_OF_DOCUMENT_TOKEN_TO_BE_REPLACED

Back then, there were opposition groups, protest rallies, and marches for life. Now, that hostility remains but it has grown in numbers - considerably.

Now, those desperately hoping to overturn the ruling and making it incredibly difficult - and even impossible - for women to access abortion don't just exist on the ground. They're in positions of power too. In their droves.

As Ireland deals with its own mild attempts of restricting women's healthcare in the form of protests, accessibility, and conscientious objection, the situation in the States has only been going from bad to worse.

But amidst all of the positive developments that are absolutely worth shouting about, there remains the opposition to fundamental aspects of our human rights.

And the really quite terrifying result when it looks as if the opposition may just have a good chance at winning.

popular
Trolls target Emma Willis' eight-year-old son over pink clothes and long hair
Mum accidentally names twins after TV show and now wants to change their names
Government vote to seal mother and baby home records for the next 30 years
4 places you can get a pumpkin spiced latte this weekend that aren't Starbucks
Dirty Dancing officially arrives on Netflix today and that's our Sunday sorted
'Equity embraces our differences': Caterina Scorsone writes beautiful post about daughter's Down Syndrome
The shows and movies you need to watch before they leave Netflix next month
You may also like
1 day ago
Gardaí investigating after body of woman and infant boy found in Dublin
1 day ago
Vast majority of residents and staff in Galway nursing home test positive for Covid-19
2 days ago
Lockdown 2: If you want to do nothing for the next six weeks, then do
3 days ago
Kerry locals fear they may never see Fungie again
3 days ago
Gardaí will be able to fine people having house parties, Cabinet agrees
4 days ago
Aldi to limit number of Christmas toys customers can purchase
Next Page