"It came from the heart."

Ryan Tubridy has offered "clarification" on his comments about Greta Thunberg.

The RTÉ presenter said yesterday morning on his Radio One show that he felt "uncomfortable" watching the news when the 16-year-old was addressing the UN about climate change.

“Her face contorted in pain, in agony and in anxiety," he said.

"I was watching her and not thinking about the climate (...) It’s not good for her mental health or her wellbeing.”

Tubridy also referenced Thunberg's Asperger's diagnosis and said that he worried about her mental health and well-being.

He also said that she should "brought home" to "watch a movie." 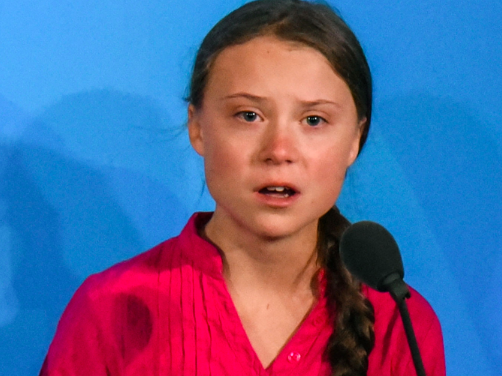 The presenter has since offered clarification on his comments following the backlash he received.

He said that his comments “seemed to have caused a lot of upset to some people" and that he wanted to avoid "confusion" around what he had said. 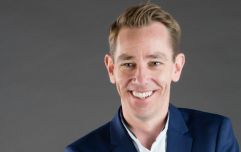 END_OF_DOCUMENT_TOKEN_TO_BE_REPLACED

“What I'd said in regards to Greta - and this isn’t a defence or an apology, it’s just a clarification - it came from the heart,” he said on today's show.

"In relation to these comments I made about Greta Thunberg’s speech to the United Nations, I think there might have been confusion about a pairing of Asperger’s Syndrome as a mental illness.

"But that wasn’t the case or what was intended at all."

Tubridy added that he has since spoken to a mother of a child with Asperger's Syndrome and that she was not offended by his comments.

He also said that he supports climate change activists and young people's involvement in politics.

This comes after Thunberg was awarded the 'Alternative Nobel' award for her work in climate change activism.

Thunberg said she was "deeply grateful" to receive the award.

popular
QUIZ: Can you guess the TV series from the intro lyrics?
Katie Price's son Harvey taken to intensive care at risk of organ failure
Body found in search for missing Glee star, Naya Rivera
Tesco launch nationwide food appeal for those struggling due to Covid-19
5 absolute essentials for when you're having the gals over for a summer evening soirée
Will Smith admits to 'failing miserably' in 21-year marriage to Jada Pinkett Smith
These €40 Lost Stock fashion boxes are helping support factory workers in Bangladesh
You may also like
5 days ago
RTÉ is hosting a Late Late Toy Show singalong this month and we are so in
3 months ago
'Like so many other people in Ireland' Ryan Tubridy tests positive for Covid-19 virus
4 months ago
Ryan Tubridy to judge children’s Climate Change essay writing competition
7 months ago
The Late Late Toy Show was the most-watched Irish TV programme this year
7 months ago
'Kindness is king' Tubridy reflects on the greatest Late Late Toy Show in years
7 months ago
Ryan Tubridy shares details of Gay Byrne tribute in tonight's Late Late Toy Show
Next Page