Ryanair pilots in the UK vote in favour of strike action

Ryanair said it is “disappointed” with the planned industrial action.

The British Airline Pilots Association (BALPA) has announced its UK-based Ryanair pilots have voted for two days of strike action.

Members of the BALPA pilots' union backed walkouts by a majority of 80% on a turnout of 72%. 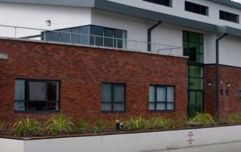 END_OF_DOCUMENT_TOKEN_TO_BE_REPLACED

The union said “decades of Ryanair refusing to deal with unions” had led to members voting for a 48-hour strike beginning on 22 August and a 72-hour strike from 2 September.

In a statement, it said: “Firstly, a management that apparently doesn’t understand how to work with unions, and secondly a company that doesn’t have a number of standard agreements that any union would reasonably expect in any workplace.”

“We have had no formal offer from Ryanair and it is imperative that we resolve this dispute urgently to avoid strike action,” said Balpa’s general secretary, Brian Strutton.

“No pilot wants to spoil the public’s travel plans but at the moment it seems we have no choice.”

In a statement, Ryanair said it is “disappointed” with the planned industrial action.

The strike “has the support of less than 30% of Ryanair’s UK pilots,” the airline said.

It also said that 70% of Ryanair’s UK pilots are not members of BALPA, or did not vote in the ballot. 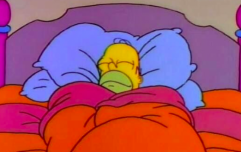 END_OF_DOCUMENT_TOKEN_TO_BE_REPLACED

“Balpa have no mandate to disrupt our customers’ holidays and flights, particularly at a time when UK pilots are facing job losses due to the Boeing MAX delivery delays, and the threat of a no deal Brexit on 31 October,” Ryanair said.

"We have written to BALPA asking them to return to talks, and we apologise sincerely to customers for any uncertainty that BALPA’s ballot may cause them."

Girls With Goals || Her · Ep.151: 'A Story Shared' - Aoife P. Rafter on blogging during a pandemic and living with CF
popular
'I feel betrayed': Curtis Pritchard on Maura Higgins and Chris Taylor's relationship
'I loved it': The childhood drug addiction that inspired The Queen's Gambit
Viewers praise Corrie for emotional scenes as Leanne's son Oliver passes away
Ross was never meant to say Rachel's name at the altar, Friends writer reveals
All the series and movies you need to see before they leave Netflix in December
Here's what happens on every day of your menstrual cycle (roughly)
Someone has ranked the penis size of men from all over the world
You may also like
2 days ago
Reopening of restaurants and gastropubs, travel between counties set to be approved by government
1 week ago
Amazon Prime Video causes chaos on social media after it united Ireland on Saturday
2 weeks ago
A woman has died following a suspected hit and run in Kildare
4 weeks ago
“Clothes are not essential,” says Minister for State discussing impact of Level 5 on retail sector
1 month ago
Teachers “very fearful” and “full of worry” ahead of return to schools after mid-term break
1 month ago
Woman in court in connection with the identifying of boy found guilty of Ana Kriégel on social media
Next Page