Schoolgirls 'bleeding through clothes' due to strict school bathroom policy

Schoolgirls are bleeding through their clothes due to a strict bathroom policy that has been put in place in a number of schools in America.

The network of Chicago charter schools are facing criticism for introducing a rule that permits students limited bathroom visits during the day.

The schools have since told students to tie their jumpers around their waists to cover their blood stains.

NPR reports that students have to rely on escorts to bring them to the bathroom, who are often unavailable.

An anonymous students said that if she leaves class to go to the bathroom herself, she will be punished.

“We have bathroom escorts, and they rarely come so we end up walking out of class and that gets us in trouble.

“But who wants to walk around knowing there’s blood on them? It can still stain the seats. They just need to be more understanding." 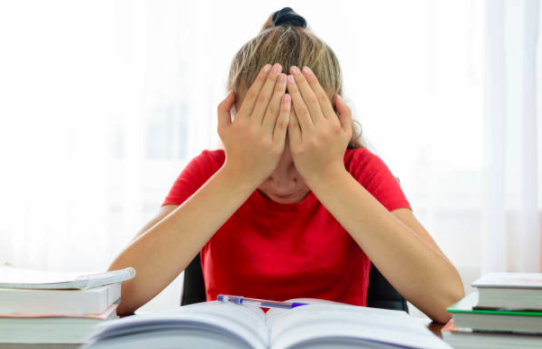 Following NPR's first report on the issue, the network of schools began permitting students to violate the school's dress code by wearing jumpers around their waists if they needed to cover their blood stains.

If a student on her period leaks through her clothing, she must inform a member of staff who will then send an email “... announcing the name of the girl who has permission to wear her sweater tied around her waist, so she doesn’t receive demerits for violating dress code.” 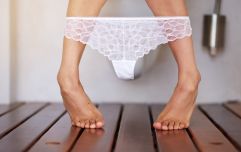 END_OF_DOCUMENT_TOKEN_TO_BE_REPLACED

Tampons are supposed to be changed at least every four to eight hours depending on the severity of flow.

This is to prevent leakage and toxic shock syndrome (TSS) - a rare but potentially fatal disease caused by bacterial toxins.

Sanitary napkins also should be changed every three to four hours to prevent leakage and odours.

popular
Paris Hilton says she was "slapped" and "strangled" as a teen in youth care
The First Quadrillionaire? Paypal Accidentally Gives Man $92 Quadrillion
Why Are Men so Obsessed With Boobs? The Answer is Pretty Surprising...
Former detective chief says Brian Laundrie discovery is "strange"
Someone has ranked the penis size of men from all over the world
8 things we learned about Adele from her 73 questions with Vogue
WATCH: Parents see person walk past daughter's crib in creepy baby monitor footage
You may also like
3 weeks ago
PSA: There's a lot more plastic in our period products than we thought
2 months ago
Two thirds of Irish women experience fatigue due to iron loss from heavy periods
3 months ago
Can the Covid vaccine affect your period? Here's what we know so far
6 months ago
A pink tampon disposal glove has been created - by three men...
11 months ago
"That's when the fear sets in:" Stylist Justine King on PCOS and pregnancy
1 year ago
"We need to rewire our brains to change how we think about periods"
Next Page