A momentous day for the North.

From today, January 13, same sex couples will now be permitted to register for marriage. It is expected that the first wedding ceremonies will begin to take place next month.

Couples already in a civil partnership will not be automatically able to convert to marriage currently, but those who married outside of Northern Ireland will have their marriage recognised. 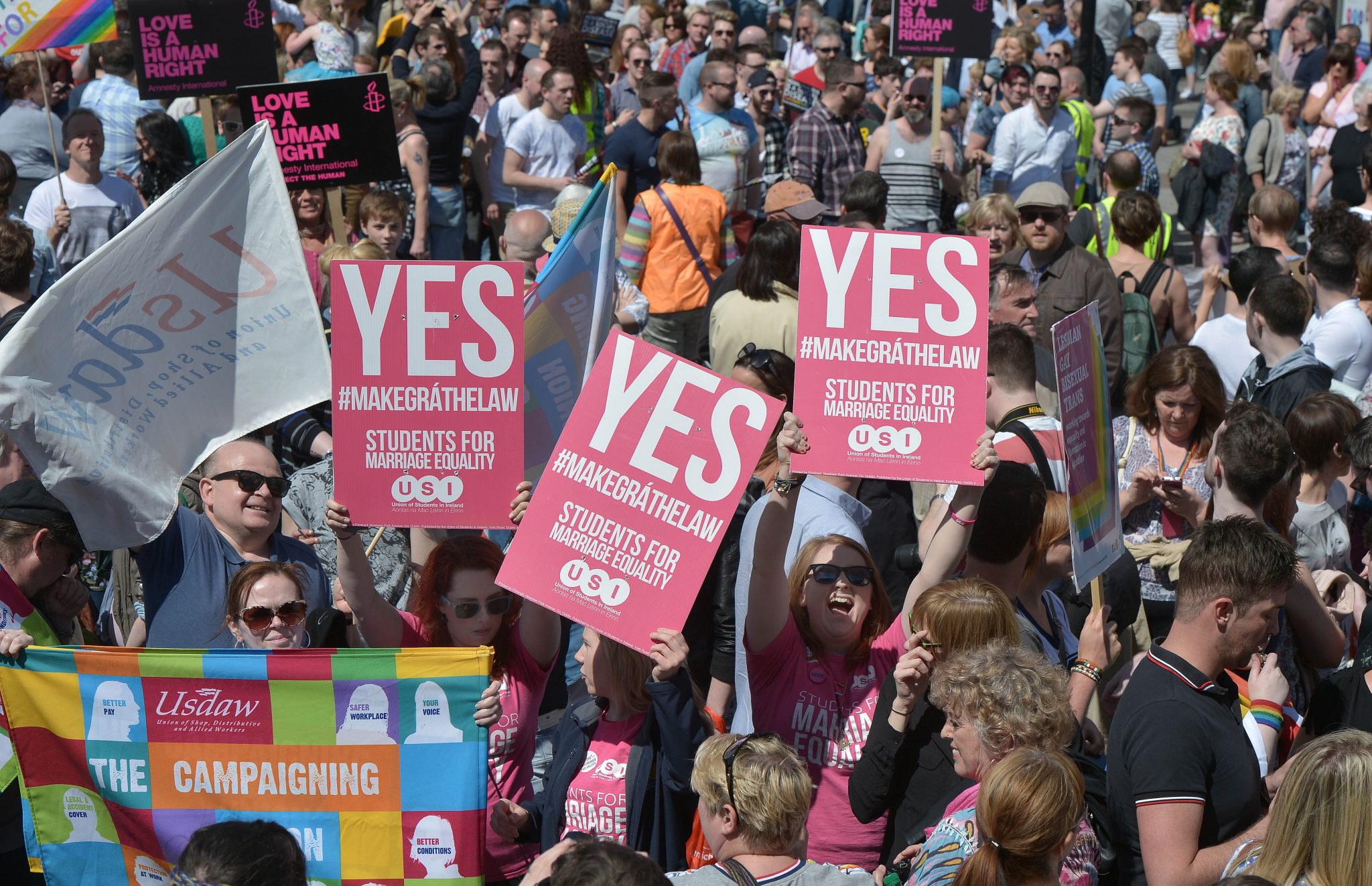 The government collapsed in 2017 with MPs deciding in July of last year that they would extend the rest of the UK's equal marriage and abortion rights to the state if Stormont didn't return.

Both amendments passed through parliament with significant majorities.

END_OF_DOCUMENT_TOKEN_TO_BE_REPLACED

The changes to the same sex marriage bill were first tabled by Labour MP Conor McGinn.

He told BBC News NI that the move was a victory for "everyone who values equality, love and respect."

"It's a good day for Northern Ireland, an important day for citizens' rights across these islands and an exciting day for same-sex couples who can now register to marry," he said.

Same sex marriage has been legal in England, Scotland, and Wales since 2014.


popular
BRB, running to Penneys for the €19 trousers that look like they cost ten times the price
Singer Duffy has said she was drugged and raped after being held captive
Met Éireann have issued a fresh snow/ice warning for three counties
'Be a lady they said' made waves yesterday, at the exact moment it should have
'Be A Lady, They Said!' You need to watch this incredibly powerful video about being a woman
The comfy €42 M&S boots we're going to be living in all spring
The dress that Holly Willoughby wore this morning is getting very mixed reactions
You may also like
1 week ago
This week's €17m EuroMillions jackpot ticket was sold in Mayo
2 weeks ago
Why the youth vote shouldn't be dismissed as snowflake politics
2 weeks ago
Met Éireann issue snow/ice weather warning for whole of Ireland
2 weeks ago
Saturday's winning €2.7 million lotto jackpot ticket sold in Carlow
2 weeks ago
Vote counts begin across the country following extraordinary exit poll
2 weeks ago
#GE2020: Four first time female candidates on why they're running for the Dáil
Next Page