Figures released on Friday show that homelessness continues to surge in Ireland.

The same research, released by the Department of Housing, showed that there had also been an increase in homeless families. 1,365 families are now in homeless accommodation across the country, 53 more than in May, according to RTÉ. 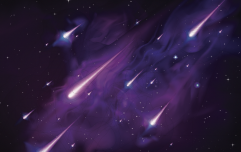 END_OF_DOCUMENT_TOKEN_TO_BE_REPLACED

The biggest increase came in the category of homeless children, whose number increased by 118 over the course of the month.

There are now officially 2,895 homeless children in Ireland. The total number of homeless is just shy of 8,000 — standing at 7,941, and on the increase.

Sinn Féin's housing spokesperson Eoin Ó Broin slammed the government for releasing the details on the Friday of a bank holiday, accusing them of trying to keep the reality buried from the public.

Focus Ireland are similarly critical of the government, having issued a statement that reads:

"This is not evidence of a strategy that is working, it is evidence of a Government which is taking too little action, too slowly."

popular
Ashling Murphy's funeral to take place today
Concerts and pub restrictions are expected to be lifted this week
Gardaí are planning to make an arrest in Ashling Murphy murder case
Fans convinced Love Island's Chloe inspired new Kanye track
16 and Pregnant star Jordan Cashmyer dies aged 26
Gardaí seize two cars linked to Ashling Murphy death as they question new suspect
Here's where all the 149 tickets that won €36,687 in Saturday's Lotto were sold
You may also like
23 hours ago
Calls for all of Government to respond to gender-based violence in wake of Ashling's murder
4 days ago
Kin star Clare Dunne listed as European Shooting Star
1 week ago
Up to 150,000 Covid cases may not have been counted over the past month
1 week ago
Micheál Martin does not anticipate "major changes" to restrictions
2 weeks ago
Teenager drowns off the coast of Arranmore Island, Donegal
2 weeks ago
Two teenagers in hospital following stabbing incident in Dublin
Next Page