Stephen Donnelly clarifies comments on reopening of schools next week

Schools are expected to begin reopening next week.

Minster for Health Stephen Donnelly has clarified comments he made yesterday about the reopening of schools.

Speaking on Claire Byrne Live last night, the minister said that talks between the government and teachers unions regarding the expected phased reopening of schools next month were "ongoing," despite reports yesterday that a decision had been made. 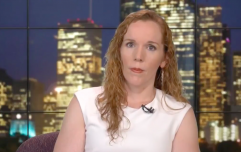 END_OF_DOCUMENT_TOKEN_TO_BE_REPLACED

"Coming on the show tonight I double checked as to exactly where we were, and where I thought we were was where you said," said Donnelly. "What I've been told in the past few hours is that Minister Foley is still in negotiations with the unions on this and Cabinet hopes to be in a position to announce something tomorrow."

"You're saying that it's not a done deal?" Byrne asked. Donnelly responded: "I have kids in some of those classes and I hope it to be the case, but I wanted to double checked before I came on the show as to what I could say.

Donnelly added that there is "nobody more frustrated than Minister Foley on this."

Donnelly later clarified his comments on Twitter, saying that meetings regarding the reopening of schools had finished yesterday afternoon and that an announcement will be issued.

END_OF_DOCUMENT_TOKEN_TO_BE_REPLACED

He said: "Clarification re return of schools - Meetings with the teaching unions concluded early this afternoon. Government intends making an announcement after Cabinet in line with plans as already outlined."

A spokesperson from the Department of Education added that after the meetings had ended, union delegates left to brief their executives on the move.

Cabinet is expected to make an official announcement on the phased reopening of schools later today. Reports suggest that junior and senior infants, first and second classes, and Leaving Cert students will return to school on Monday, March 1.

Girls With Goals || Her · Ep.160: The Beauty Of Coaching - Hayley Harrison joins us from Sport Ireland
popular
Regé-Jean Page arrives in Ireland to shoot new movie
A pink tampon disposal glove has been created - by three men...
Someone has ranked the penis size of men from all over the world
Here's the average age people lose their virginity around the world
Kate Middleton has addressed the rumours that she's pregnant with her fourth child
The Queen has banned Meghan Markle from wearing any of Princess Diana's jewellery
Here's what happens on every day of your menstrual cycle (roughly)
You may also like
1 day ago
Jockey Lorna Brooke dies aged 37 after racecourse fall
5 days ago
Canadian MP apologises after walking in naked on Zoom call
1 week ago
Six stillbirths linked to Covid-19 in Irish hospitals
1 week ago
Big Brother star Nikki Grahame, 38, dies following anorexia battle
1 week ago
Hairdressers and shops looks set to reopen in early May for fully vaccinated people
1 week ago
All adults recommended to take Vitamin D supplement to increase protection from Covid-19
Next Page