She was seized in Mallow yesterday.

Gardaí are seeing the public's assistance in returning a dog they believe to be stolen to her home.

The female cocker spaniel was recovered during an operation in Mallow, Co Cork yesterday along with another dog. Gardaí believe she was stolen from the Leinster area.

The dog in questioned is not microchipped and is currently in the care of a member of An Garda Síochána.

The other dog was microchipped and has since been returned to its owner. 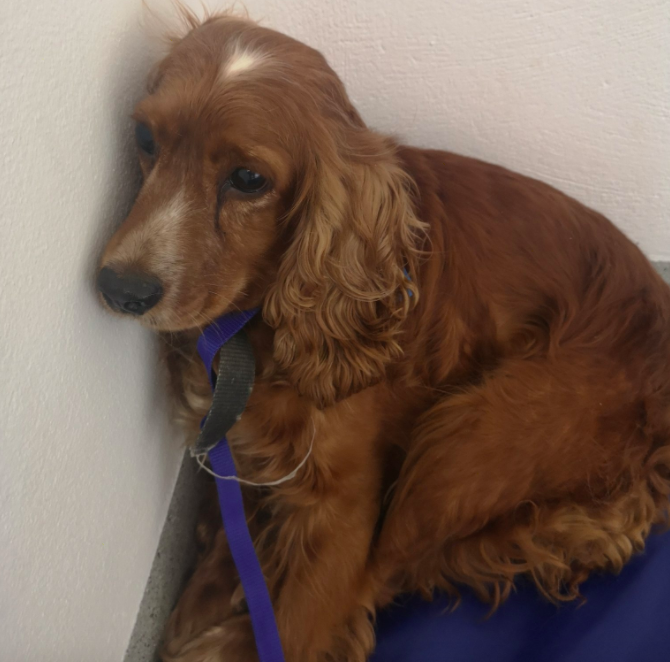 "Please share and hopefully we can get this girl back to her home," An Garda Síochána said on Facebook. "Looks like she was stolen, possibly from the Leinster Area and was found in Mallow, Cork.

END_OF_DOCUMENT_TOKEN_TO_BE_REPLACED

"Following a report from Dublin that dogs had been stolen, an operation was put in place in Mallow yesterday. Two cocker spaniel dogs were recovered and seized by Gardaí.

"Both dogs were scanned and one dog was positively identified and returned to owner. The second dog was not microchipped and we are trying to get her home.

No arrests have been made but Gardaí are following a definite line of enquiry."

Gardaí added that the owner of the dog should contact Mallow Garda Station on 022 31450.

popular
Cheese, chocolate or pasta? What your food cravings mean
'Beard-baiting' is now apparently a dating trend - and we're all for it
Curtain bangs are trending - here's everything you need to know
10 women on the relationship deal-breakers they learned the hard way
Rose Leslie and Kit Harington share baby news with super cute photo
QUIZ: Can you name all 32 counties in Ireland in under 4 minutes?
QUIZ: How well do you really remember the first episode of Sabrina The Teenage Witch?
You may also like
5 days ago
Jackie Stallone: Celebrity Big Brother star and Sly's mother dies aged 98
6 days ago
"I was petrified and wanted a hand to hold:" Irish women call for the ease of maternity restrictions
6 days ago
Micheál Martin says "more influencers" needed to reach young people about Covid dangers
1 week ago
"Many will be upset..." Dublin to move to Level 3 from midnight, Taoiseach confirms
1 week ago
It'll take Ireland 55 years to bridge the gender pay gap
1 week ago
Netflix's Cheer star Jerry Harris arrested on child sex images charge
Next Page