A method of protest straight out of the schoolboy's handbook.

An 18-year-old student used a lawnmower to carve protest messages into the lawn close to where Donald Trump arrived in the country via aeroplane on Monday morning.

Ollie Nancarrow spent the weekend mowing the phrases"Oi Trump" and "Climate change is real", along with a penis and a polar bear, into his garden which is on the Stansted runway flight path near Hatfield in Essex.

"Guess who's been busy today mowing a stiff message for Trump under the Stansted flightpath," Ollie wrote on social media. "Please share and let's see how far we can spread the welcome."

The A-Level student, who runs an online eco-marketplace, added to the Bishop's Stortford Independent: "Donald Trump and his denial of climate change are not welcome and I want him to be fully aware of that when he flies into Stansted."

Give us a wave when you fly over tomorrow !! @realDonaldTrump #climatechange #ClimateChangeIsReal pic.twitter.com/IzsT2XVpAn 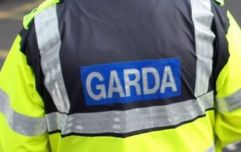 END_OF_DOCUMENT_TOKEN_TO_BE_REPLACED

The protest came as Donald Trump arrived into the UK this morning, using the minutes before his arrival on British soil to reignite his running feud with London mayor Sadiq Khan, describing him as a "stone cold loser" who has done a "terrible job" of running the capital.

"Sadiq Khan, who by all accounts has done a terrible job as Mayor of London, has been foolishly 'nasty' to the visiting President of the United States, by far the most important ally of the United Kingdom," Trump tweeted on Monday morning, ahead of Air Force One arriving at Stansted Airport.

"He is a stone cold loser who should focus on crime in London, not me.

"Kahn [sic] reminds me very much of our very dumb and incompetent Mayor of NYC, de Blasio, who has also done a terrible job - only half his height. In any event, I look forward to being a great friend to the United Kingdom, and am looking very much forward to my visit. Landing now!"


popular
We are absolutely loving this gorgeous €10 khaki mini dress from Penneys
The stunning €40 Zara dress that's just ideal for Saturday night drinks with the girls
After last night, Love Island viewers are backing one couple to win the show
Met Eireann has issued a yellow wind warning for certain parts of the country
Channing Tatum had the perfect reaction to Jenna Dewan's engagement news
Kodaline have added three more Dublin dates due to 'phenomenal demand'
Say hello to the €40 M&S dress everyone needs in their spring wardrobe
You may also like
21 hours ago
Making a Murderer lawyers to host a new true crime podcast about wrongful convictions
3 days ago
Met Éireann issues status yellow rainfall warning for nine counties
6 days ago
Met Éireann warn of wet and windy weather with severe gusts as Storm Dennis arrives
1 week ago
The Luxury Valentine’s Day dine-in offer is back at M&S and it sounds delicious
1 week ago
Someone in Ireland is €500,000 richer after Friday's Euromillions draw
1 week ago
Met Éireann issues status orange wind warning for three counties
Next Page