Senior academics have called on society to re-evaluate how pregnant women are treated if they decide to drink alcohol.

Experts at the University of Kent and the British Pregnancy Advisory Service (BPAS) have deemed the official British government guidelines on drinking during pregnancy, which advise women to avoid alcohol completely, 'alarmist' and say there is no evidence to support them.

Furthermore, the groups believe the rules have led to women being stigmatised and accosted in public by strangers.

According to Dr Ellie Lee, Director of the Centre of Parenting Culture Studies at the University of Kent, the “exclusion of women from an ordinary activity on the basis of a precaution” is “sexist”.

Dr Lee told The Telegraph: “Public discourse has become very hostile and there is now an assumption that a pregnant woman holding a glass of wine is doing something absolutely wrong,” she said.

“Women are being accosted, spoken to and started at in public.

“People assume that just because you have had one drink you’ve had a bottle of vodka for breakfast.”

BPAS are asking the government to address the tone of their pregnancy guidelines and update them to include unbiased information.

According to Dr Mary O’Mahony, HSE Specialist in Public Health Medicine, women who may have had the occasional drink before they realised they were pregnant should not be worried, but cutting out alcohol completely is both the safest and healthiest approach for the unborn baby. 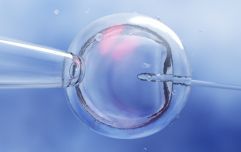 END_OF_DOCUMENT_TOKEN_TO_BE_REPLACED

However, Clare Murphy, director of external affairs at BPAS, wants official bodies to be clearer with the facts: “There can be real consequences to overstating evidence, or implying certainty when there isn’t any." she said.

“Doing so can cause women needless anxiety and alarm – sometimes to the point that they consider ending an unplanned but not unwanted pregnancy because of fears they have caused irreparable harm.

“But just as importantly, it assumes women cannot be trusted to understand risk, and when it comes to alcohol, the difference between low and heavy consumption.”

popular
Wagatha Christie: Rebekah Vardy storms out of court just 30 minutes into final day
Claire Byrne Live viewers in shock as woman shares family DNA secret
2 children hospitalised amid US baby formula shortage
Gogglebox fans show an outpour of support for star after hospital picture
Gardaí launch investigation into Kildare car being hijacked with woman inside
How To Murder Your Husband author on trial for murder of husband
Teenager dies in sand collapse after digging hole on beach
You may also like
2 weeks ago
Vogue Williams on pressure to 'snap back' after third child
1 month ago
Vogue Williams wants you to keep your parenting opinions "up your own a**ehole"
1 month ago
Caitríona Perry confirms she's expecting her second child
1 month ago
Charlotte Crosby is pregnant with her first child
1 month ago
Britney's fiancé Sam Asghari says fatherhood will be "the most important job"
1 month ago
Woman shares incredible footage of her baby bump dropping during gym sesh
Next Page