We already pay for plastic bags in shops but should they be banned outright?

An image of a seal with its head caught in a plastic bag has gone viral, sparking calls for single-use plastic carrier bags to be banned.

The photo shows the animal poking its face through a blue plastic bag above the surface of the water.

It was taken by local man Martyn Cannan at Brixham Harbour in Devon, England on Sunday. 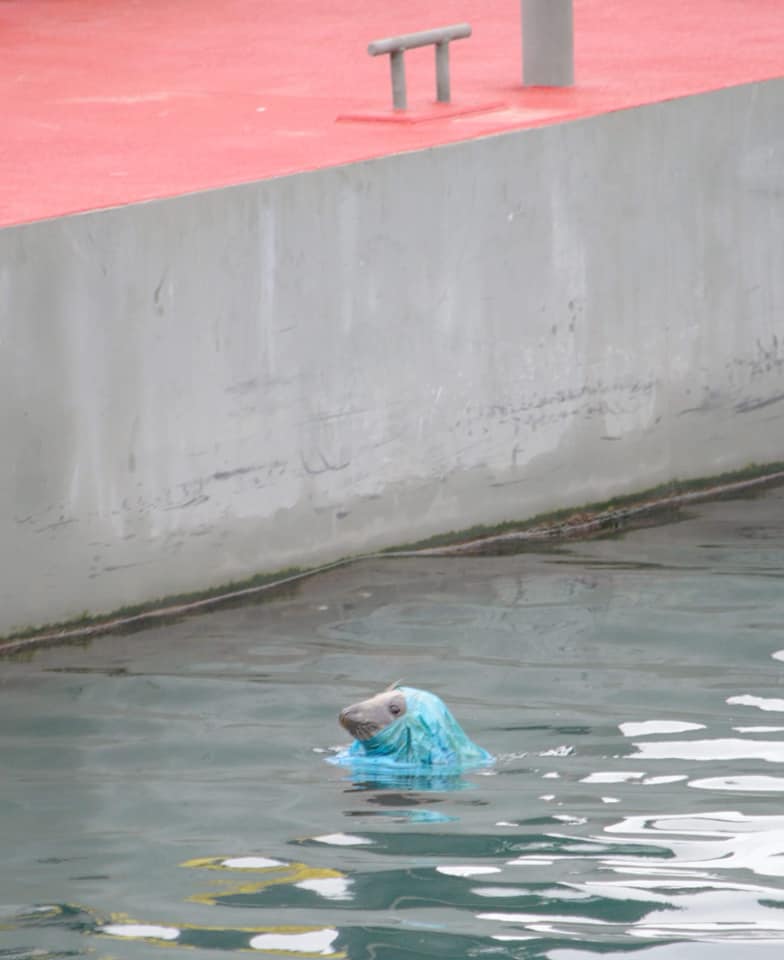 Mr Cannan, who was out walking near the harbour, said that the seal caused caused a stir but eventually managed to free itself.

"We were watching the harbour and then the seal appeared caught up in the bag and started to attract a crowd," Mr Cannan told the Associated Press.

“I initially took the photo because we were going to contact a charity and ask for advice, but after about 15 minutes it popped back up and it had cleared the bag itself.”

The image was shared by Tor Bay Harbour Authority & Beaches, which said it showed "the risk of littering and the need for cleaner coasts".

Many who saw the image on Facebook have reacted angrily, with some calling for plastic bags to be banned to protect animals.

"Just bring in a policy by 2021, all plastic bags banned. Shops will use paper ones."

"Shops should use paper ones definitely they do in Spain and other European countries."

"Poor seal. Humans are causing so much stress and harm to our wildlife."

"Our five year old knows not to put his rubbish anywhere but a bin, why are all these grown men and women struggling so much?!"

"This picture really does say it all, we are ruining our planet."

Mr Cannan said he hoped that the image would stop people in the local area from throwing plastic into the sea.

“When something like this happens in your own back yard, you realise that it’s happening here and now.”

popular
QUIZ: Can you guess the TV series from the intro lyrics?
Katie Price's son Harvey taken to intensive care at risk of organ failure
Body found in search for missing Glee star, Naya Rivera
Tesco launch nationwide food appeal for those struggling due to Covid-19
5 absolute essentials for when you're having the gals over for a summer evening soirée
Will Smith admits to 'failing miserably' in 21-year marriage to Jada Pinkett Smith
These €40 Lost Stock fashion boxes are helping support factory workers in Bangladesh
You may also like
1 year ago
A 3-year-old boy that went missing in the woods says a BEAR looked after him
1 year ago
8 ways to knock your sustainable lifestyle out of the park in 2020
1 year ago
David Attenborough revealed he cried over latest 'Dynasties' episode and ALL the feels
1 year ago
David Attenborough's crew saved baby penguins when filming latest doc
2 years ago
There's an Irish version of Planet Earth coming to RTÉ soon
2 years ago
Too CUTE! Dublin Zoo share adorable images of the animals enjoying the snow
Next Page