Social media users are calling out a TikTok account held by a self-proclaimed time traveller, who claims to be the last man on earth.

The account, which is run by Javier (@unicosbreviviente), has over six million followers, and posts footage of what looks like completely deserted streets, as he claims to be the only one left.

In the caption of one video of an eerily quiet Barcelona, Javier wrote: "Waking up, everything changes place.

Other videos on his account feature him enjoying luxurious hotel rooms in Spanish cities, presumably because, as the last man on earth, no one is there to stop him from entering.

Not everyone, however, is convinced by his claims, with many calling it out to be a hoax. 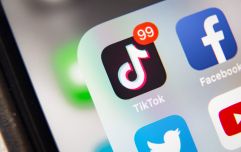 END_OF_DOCUMENT_TOKEN_TO_BE_REPLACED

Many claim that the videos of the cities are simply edited to look empty, with some pointing out continuity errors between videos.

For instance, before he posted a video of Barcelona by day, he posted the same street at night. However, many viewers have noticed that the day video features a parked red car that cannot be seen in the night shot. 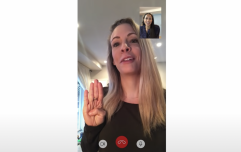 END_OF_DOCUMENT_TOKEN_TO_BE_REPLACED

Others claim that Javier is simply showing footage he took of empty streets, possibly captured during the early days of the Covid-19 pandemic.

One TikTok user said: "it's obviously a video from back in lockdown when no one went out."

Some have been challenging Javier to really prove he is a time traveller by showing expiry dates of the food on shelves in supermarkets. Others want him to travel to places that are constantly busy - like an airport.

Many TikTok users also believe that the reason Javier uses music in so many of his videos is because he's attempting to block out the noise of other people, because, of course, he's not really the last man on earth.

popular
A documentary about two Irish boys who skipped school to go to New York is coming soon
Ben Foden explains why he called Rachel Stevens "sexiest woman alive"
Nick Jonas and Priyanka Chopra's baby said to have arrived 12 weeks premature
These are the top baby names for 2022
FBI reveal that Brian Laundrie is responsible for Gabby Petito's death as they discover notebook
And Just Like That... episode 8: Nobody saw this one coming
Special mass to be held for Urantsetseg Tserendorj's anniversary
You may also like
21 hours ago
Anyone else obsessed with Francis Bourgeois?
1 week ago
Massage instructor shows a simple hack to get your baby to go to sleep
1 week ago
WATCH: Man tries on pregnancy bump and literally cannot function
3 weeks ago
This is apparently how long you should be washing your face for
1 month ago
Woman shares hilarious response to men who ask for *those* pictures
1 month ago
You can now get paid to watch TikTok all day
Next Page