'So young, so full of life': Tributes for beloved primary school teacher who died in accident at home

There's been an outpouring of grief in Belfast over the sudden death of a primary school teacher.

The mother of one is believed to have died as a result of injuries she sustained in fall at her home in Lisburn on Saturday.

She leaves behind her husband Ciaran Hughes and son Lorcan.

END_OF_DOCUMENT_TOKEN_TO_BE_REPLACED

Patrick McCabe, the principal at the school where Ms Kennedy was class teacher for Year Two, shared the news last night.

"Death at any stage is an unspeakable tragedy, but the death of one so young, so full of life, love, compassion and beauty only compounds it further," he said.

"This is a young, wonderful life taken too soon. I would ask that you keep Fionnuala, her family and friends in your prayers and thoughts."

The school has opened a book of condolences in Ms Kennedy's honour. 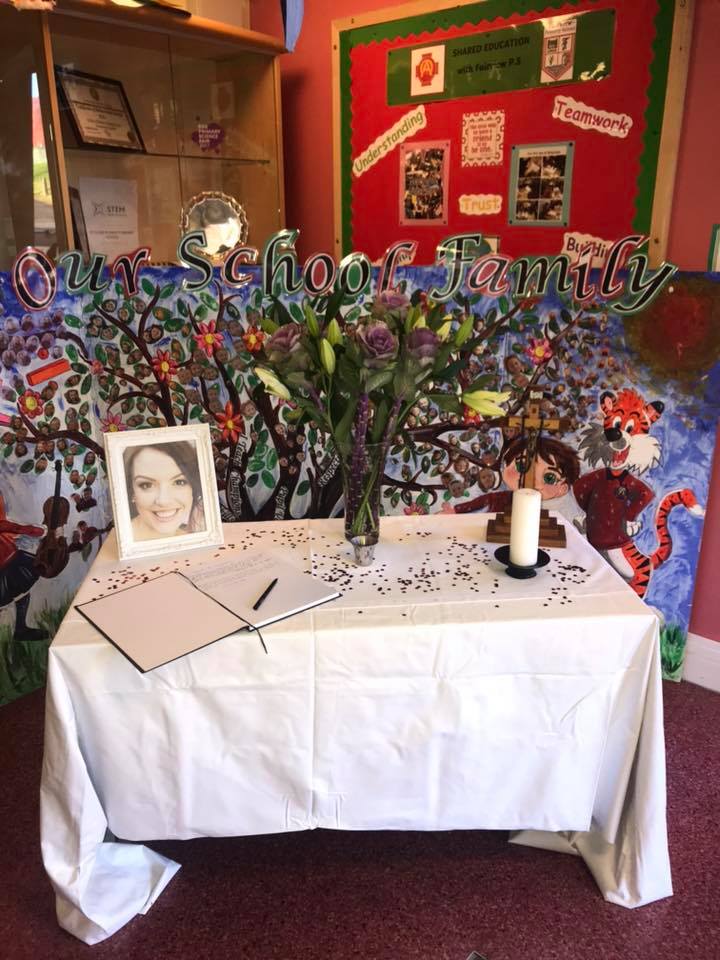 END_OF_DOCUMENT_TOKEN_TO_BE_REPLACED

Many in the school community took to social media to share their upset at sudden loss.

"Fionnuala was such a beautiful, caring girl. God bless her family at this heartbreaking time," wrote one woman.

"Just devastating, Miss Kennedy taught my son and she was one of the nicest people," commented another.

"I felt the heartbreak in the school today. My thoughts and prayers are with Fionnuala and her family," said a third.

The nearby St Teresa's Primary School, where her husband is a teacher and her son a pupil, released a statement as news of the woman's death broke.

"Fionnuala was often teaching here in St Teresa's PS as a substitute teacher and also worked in our Whizz Kidz Club during the summer months.

"We, the school community, wish to send our sincere and heartfelt condolences to Mr Hughes, Lorcan and Fionnuala's entire family circle at this most difficult time."

popular
You stars Victoria Pedretti and Dylan Arnold spark romance rumours
Channel 4's Breastfeeding My Boyfriend doc criticised for contributing to stigma
Viral TikTok shows how to keep warm wearing tights in winter
Brian Laundrie parents 'to cremate body with no funeral' amid mystery over cause of death
Late Late Show viewers are not happy with Ryan's questions for Billy Connolly
Britney Spears says she want justice after her family hurt her “deeper than you’ll ever know”
Here's what happens on every day of your menstrual cycle (roughly)
You may also like
2 days ago
Friends actor James Michael Tyler has died, aged 59
4 days ago
Weather warning issued for 2 counties ahead of "heavy rain" this weekend
5 days ago
Investigation launched after news channel airs 13 seconds of porn during weather
5 days ago
Notebook and backpack belonging to missing Brian Laundrie found alongside human remains
6 days ago
Equality for Children campaigners achieve rights after 5 years
6 days ago
Equality for Children campaigners achieve rights after 5 years
Next Page