Tributes have been paid to 2FM broadcaster Alan McQuillan, who has passed away.

The DJ and producer, who worked across a number of RTÉ stations for the past 18 years, died suddenly yesterday at the age of 36.

Alan became a regular presenter in 2014 when he took over hosting the Early Breakfast show. 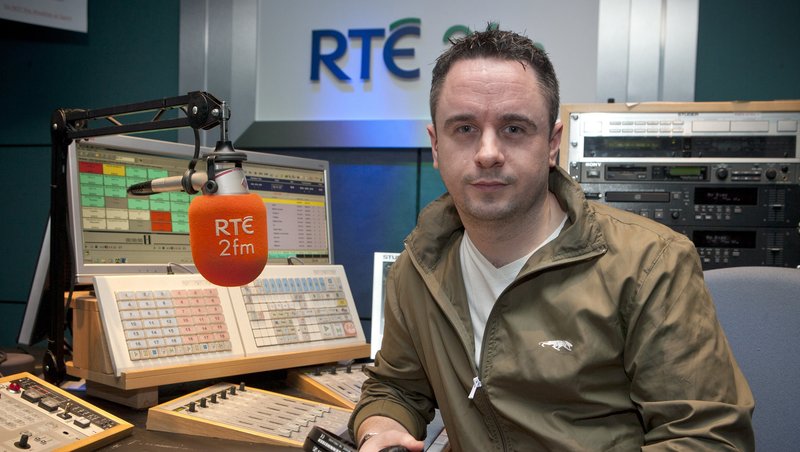 "We will miss him dearly, and we send our thoughts and condolences to his family and to his many friends both inside and outside RTÉ."

Some of biggest names in radio paid tribute to Alan on social media today as news of his death broke.

Taking to Instagram, she added; "I’m so so sad. The shock has lifted and I’ve been in tears the last hour. #rip to a wonderful friend."

Presenter Baz Ashmawy remembered Alan as someone "kind with buckets of talent, funny, gentle and clever."

Im fucking heartbroken. @AlanMcQuillan1 was always a friendly face in @RTE2fm no matter what was happening. He was kind with buckets of talent, funny, gentle and clever but above all he was one of my favourite people in RTE. Too young. I feel cheated & robbed of my friend.

Lucy Kennedy, Ray Shah and Maia Dunphy were also among those who expressed upset over his death.

So terribly sad and shocked to hear about @AlanMcQuillan1 . Such a great guy, and always a lot of fun. Condolences to his family. ?

There are no other words to say other than that @AlanMcQuillan1 was a gent. I can't believe I am saying 'was.' Thinking of all my former @RTE2fm colleagues and his family. RIP.

So very sad and shocked to hear of the death of @RTE2fm DJ @AlanMcQuillan1. He used to brighten up every evening when we chatted before going on air with @willleahy. My thoughts are with his family, his friends and all his colleagues in @rte. RIP Al, thanks for all the laughs!

A book of condolences has been opened at RTÉ Radio Centre.

popular
It turns out we may have been brushing our hair wrong the whole time
Face coverings are mandatory in shops and indoor settings from today
5 new additions to Netflix to spend your weekend watching
Love, Guaranteed is the romantic comedy we never knew we needed
Irish teacher Lucy Lanigan-O'Keeffe is engaged Prince William's best friend, Thomas van Straubenzee
Everything you need to know about Stephenie Meyer’s new book Midnight Sun
Someone has ranked the penis size of men from all over the world
You may also like
4 days ago
11 new Emperor penguin colonies discovered in Antartica
1 week ago
Bewley's is set to open its doors... again!
1 week ago
Staycation scams: Warning issued for home holiday makers this summer
2 weeks ago
104 Pandemic Unemployment Payments cut following airport checks
2 weeks ago
Polar bears could be extinct by end of century due to climate change, predict researchers
2 weeks ago
Gardaí appeal to find owner of stolen "nervous" dog, reunite second dog with owner
Next Page