Five British nationals have died in a car crash in Sweden, including the four band members of indie group Viola Beach.

Confirming the news this morning, the Foreign Office has said the accident occurred when the car in which the five passengers were travelling in plunged more than 25m from a highway bridge into a canal.

The four band members, Kris Leonard, River Reeves, Tomas Lowe and Jack Dakin, were in Sweden taking part in a music festival ‘Where is the Music?’ on Friday night. 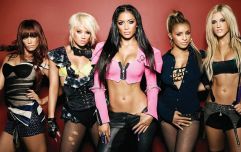 END_OF_DOCUMENT_TOKEN_TO_BE_REPLACED

"We can confirm that five British nationals died in a car accident in Sweden on February 13.

"We are in contact with local authorities and supporting the families at this very difficult time".

The men were all identified using their passports found on their persons.

Swedish police are now working with the Foreign Office global response centre, where the case will be transferred to a specialist traffic incident team on Monday.

popular
BBC apologises after calling Paul Mescal 'British' in Oscar coverage
Toddler tragically dies in Wicklow following choking accident
Britney Spears asks fans to respect her privacy after police call to house
Adam Collard opens up on dating life since Paige Thorne split
Stacey Solomon reveals she's having a baby girl
Gwen Stefani reportedly pregnant with baby number four
Gaz Beadle reveals his wife Emma McVey is undergoing heart surgery
You may also like
1 year ago
Garth Brooks reportedly planning a series of Croke Park concerts
4 years ago
This singer auditioned to record a song for this year's John Lewis Christmas ad
5 years ago
Ed Sheeran says he will quit music to raise a family with his fiancée
5 years ago
Move over Drake! This is now the most streamed song on Spotify
5 years ago
Jay-Z had the sweetest thing to say about Chris Martin in an interview
6 years ago
Did you hang onto your old iPod? It could be worth a tidy sum of cash
Next Page