The first public hearing into UFO sightings in the US in over 50 years was held today, discussing the possibility that we have encountered alien life.

It comes after years of unexplained sightings, primarily by U.S. military, of unidentified flying objects. 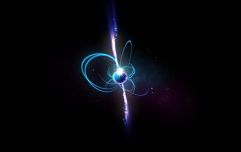 END_OF_DOCUMENT_TOKEN_TO_BE_REPLACED

In recent years, frequent sightings and stronger evidence have been raising more questions than answers.

A recent report says there were 144 encounters of mysterious craft that cannot be explained between 2004 and 2021.

"There are a lot of unexplained aerial phenomena. We do not know what they are, and they can't be easily rationalised," House Intelligence Committee Chairman Adam Schiff said. "So it's quite a mystery." 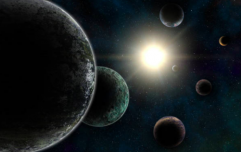 Aliens could be living on a planet far far away, suggests new discovery

END_OF_DOCUMENT_TOKEN_TO_BE_REPLACED

Both men agreed that many sightings remain unexplained, and even potentially hazardous - as there have been 11 near-collisions between UFOs and military assets.

Bray presented the panel with two video clips, one showing flashing triangle-shaped objects in the night sky and another showing a shiny, spherical object zipping past the cockpit window of a military aircraft.

"I do not have an explanation for what this specific object is," Bray said of the second clip.

He also said the Pentagon is determined to get rid of the stigma associated with sightings of UFOs by encouraging pilots to come forward when they observe such things. 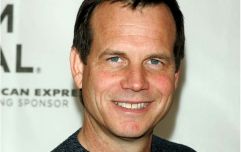 END_OF_DOCUMENT_TOKEN_TO_BE_REPLACED

Bray ended his testimony: "The message is now clear: if you see something, you need to report it."

Once dismissed as a conspiracy theory, the issue of UFOs has taken on a bigger role in public discourse as of late, possibly because so many reports sightings are coming from members of the military.

popular
Hang on, Tasha and Coco know each other already?
Tonight's episode of Love Island will be extended due to "explosive" recoupling
One Tree Hill star Bevin Prince’s husband dies after being struck by lightning
Hang on, is Boris Johnson entering the Love Island villa tonight?
Reports of image based sexual abuse involving 200 women investigated by Gardaí
WATCH: Gemma is left fuming in tonight's Love Island as Luca kisses another girl
Love Island: Mollie's family issue apology following allergy comments
You may also like
8 months ago
Demi Lovato says we should stop calling extraterrestrials "aliens" as it is a "derogatory" term
4 days ago
We finally know when summer heat will hit Ireland
5 days ago
Rachel Stevens has split from her husband just weeks before their 13th anniversary
6 days ago
Parent's Benefit Leave in Ireland is being extended from today - here's what you need to know
6 days ago
Irish pharmacies to provide safe space to help victims of domestic violence
6 days ago
Aer Lingus issue apology as more flights are cancelled
Next Page