Two of their country's greatest sons.

Jamaica has given the world so much in terms of culture, cuisine, style, music and sport. From Marcus Garvey to Shelly-Ann Fraser-Pryce; Jimmy Cliff to Louise Bennett-Coverley. And let's not forget that both Ian Fleming and the Monty Python crew penned some of their greatest works on the Caribbean island.

That said, the world is perhaps most familiar with two iconic Jamaicans who defined their respective eras in very different ways. You would be hard pushed to find a pair of finer ambassadors for any nation in the world than Bob Nesta Marley and Usain St. Leo Bolt. 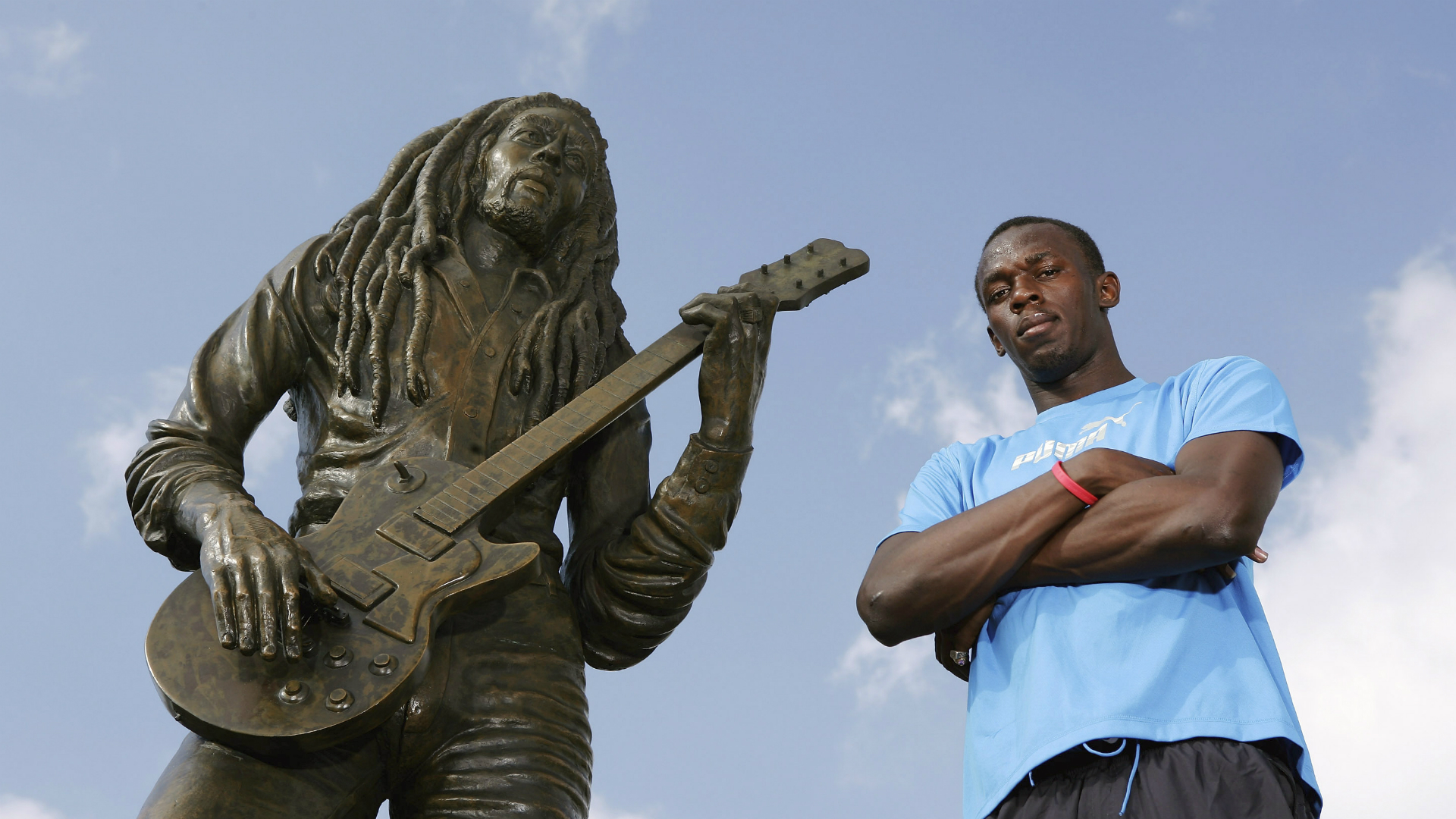 Not only have the peerless duo refined excellence in their fields, but they are truly adored around the globe. Although even Bolt would have to admit that the late great Marley stands alone as the embodiment of the Jamaican spirit. Indeed the record-breaking sprinter is a huge fan of the reggae legend.

This was brilliantly apparent when Usain treated one ecstatic reporter to a surprisingly good rendition of One Love from Marley's 1977 Exodus album. Sure, it wasn't pitch perfect, but we doubt that dear old Bob could run 100 metres in a sub-1o second time (although he was a handy footballer back in the day).

Perhaps most surprising about Bolt's reggae turn was the high octave of his effort, which you wouldn't have assumed from his deep talking voice. Maybe a Bee Gees hit next time, Usain mate?

For reference here's Marley's brilliant original. What a fucking tune!

popular
This no bake 'Chocolate Refrigerator Cake' recipe has us drooling
Someone has ranked the penis size of men from all over the world
The Queen has banned Meghan Markle from wearing any of Princess Diana's jewellery
Here's what happens on every day of your menstrual cycle (roughly)
The €9 buy fans swear is an EXACT dupe of Estée Launder's popular Double Wear foundation
It turns out we're all peeling oranges wrong and this madness has to stop
Eight Of The Best Films And Documentaries On 9/11
You may also like
1 day ago
QUIZ: How well do you remember these song lyrics from 2009?
1 week ago
WATCH: Sneak peak of Paul Mescal in latest Rolling Stones' music video
3 weeks ago
WATCH: Beyoncé releases trailer for upcoming visual album, BLACK IS KING
1 month ago
McFly has signed a new record deal. After 10 years, our patience has finally been rewarded
1 month ago
WATCH: Irish female artists record powerful cover of The Cranberries' 'Dreams' for charity
2 months ago
The Weeknd donates $500,000 to Black Lives Matter causes
Next Page