Penneys opens for 24 hours, there are understandably, queues

Have you been in to Penneys since they reopened?

Penneys recently announced that two of their flagship stores, Dundrum and Blanchardstown, would open for 24 hours this week.

Needless to say a lot of people were excited to get in the door and since yesterday, crowds have descended upon the retailer

One video shared on Twitter yesterday (which you can view below) shows a huge line to get into the Dundrum branch.

The queue for penneys Dundrum was down to the car park oh my god we turned straight back around pic.twitter.com/1HTVVaxf9C

Similar scenes could be seen at the Blanchardstown branch as well, with many customers eager to nab some Christmas bits.

Penneys, like other non essential retail, closed its door in October, just a few weeks before Christmas - a period that is generally the retailer's busiest trading time. 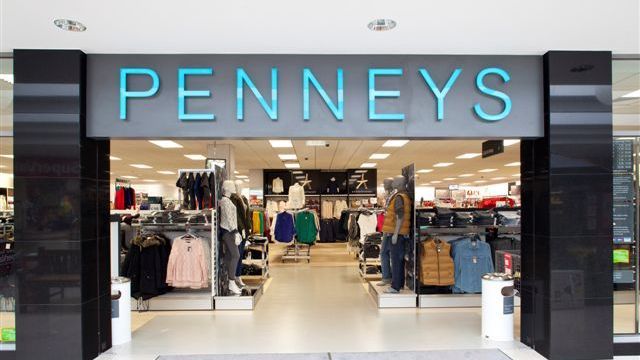 Among the top items that those queueing wanted to pick up were pyjamas and underwear. Another big item on shopping lists was children's clothing, with many others just wanting to pick up Christmas gifts and decorations. 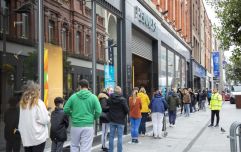 END_OF_DOCUMENT_TOKEN_TO_BE_REPLACED

While many people were happy to queue from early in the morning to get in, others who have seen the queues have said they will wait.

Others who did get into the stores saying that they couldn't enjoy their shopping as there were throngs of people and that they left after only a few minutes.

Personally, while I'm looking forward to being able to casually browse Penneys again I'll definitely be waiting for a few days for the crowds to die down a little.

Some people who live near smaller Penneys branches, however, have reported that there are little to no queues so they might be the ones to hit if you really need to grab bits ASAP.

Girls With Goals || Her · Ep.153: Scholarship Squad - We chat to Facebook's Claire O'Hara about our Smurfit Scholarship fund.
popular
Bruno Mars has just announced an Irish concert date
Someone has ranked the penis size of men from all over the world
Met Éireann issue snow warning as we are due another big freeze
The latest TikTok beauty trend is drawing on under-eye bags to look tired
Award winning Irish film about conversion therapy debuting this weekend
Here's what happens on every day of your menstrual cycle (roughly)
Dad designs bikini line for transgender teens
You may also like
1 month ago
Buying gifts for nieces and nephews? Prepare for cuteness overload at Penneys
1 month ago
3 cardigan co-ords from Penneys we need this Christmas
2 months ago
50,000 Late Late Toy Show pyjamas to be donated to children in Ireland
2 months ago
Penneys could be open 24 hours after lockdown ends
2 months ago
Bad news, lads - Penneys won't be launching an online store any time soon
2 months ago
I trialled the new products from the Alex Steinherr Penneys range and I have some thoughts
Next Page