Warning: this story contains details that some may find upsetting.

The mother of American journalist James Foley has paid tribute to her son after Islamic State militants released a video that purportedly shows his beheading. 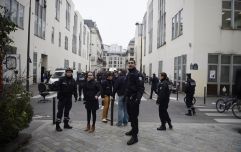 END_OF_DOCUMENT_TOKEN_TO_BE_REPLACED

According to Sky News the footage, which was posted on various social media sites, shows a man alleged to be James Foley in an orange jumpsuit kneeling in front of a masked man speaking in English with an English accent.

The man says that Foley is being killed because Barack Obama ordered airstrikes against IS positions in northern Iraq. Foley himself then reads a statement, presumably prepared by those holding him hostage, blaming the US for his death.

He is then beheaded.

His mother Diane Foley released the following statement: “We have never been prouder of our son, Jim. He gave his life trying to expose the world to the suffering of the Syrian people.

“We implore the kidnappers to spare the lives of the remaining hostages. Like Jim, they are innocents. They have no control over American government policy in Iraq, Syria or anywhere in the world.

“We thank Jim for all the joy he gave us. He was an extraordinary son, brother, journalist and person. Please respect our privacy in the days ahead as we mourn and cherish Jim.”

Foley (40), who had previously covered the war in Libya, had been missing since he was seized by armed men in Syria back in November 2012. 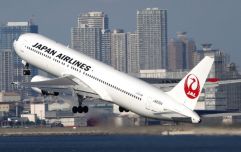 Man Arrested After Allegedly Assaulting Woman in Toilet During Flight

END_OF_DOCUMENT_TOKEN_TO_BE_REPLACED

The group also said that they were holding another American journalist, Steven Sotloff, who appears at the end of the five-minute clip to say his life depends on the US President’s next move.

A spokesperson for the White House National Security Council told Sky News that they have seen the video but have not yet confirmed its authenticity.

popular
At least seven bodies have been found in search for Brian Laundrie
Gogglebox's Paige Deville never wants to speak to mum again after quitting show
Wait... Are Maura Higgins and Giovanni Pernice back together?
Shirley Ballas shares update after getting lump checked
Notebook and backpack belonging to missing Brian Laundrie found alongside human remains
Police investigating viral video of child being 'forced' to have ears pierced in UK
Groom kicks out wedding guests after they all wear white
You may also like
6 years ago
Dannii Minogue To Make Shock Return To The X Factor?
6 years ago
Ed Sheeran Lands First Major Acting Role In Kurt Sutter's 'The Bastard Executioner'
6 years ago
TV Presenter Ben Fogle Opens Up About Heartache At Son’s Death
6 years ago
Did Khloe Just Steal Kim's Limelight With This Photoshoot?
6 years ago
WATCH: Kate Hudson Just Won The Cool Mum Award Airport Dancing With Her Son
6 years ago
Coronation Street To Air "Dark" Storyline Featuring Bethany Platt
Next Page