Woman In Labour Receives Shot Of Disinfectant Instead Of Epidural

A woman who was in labour was given a shot of disinfectant instead of epidural in a horrible mix-up in a Swedish hospital.

Like the epidural would have, the disinfectant was injected directly into her nervous system.

According to the Daily Mail, the mother was admitted to hospital Malmo where the mix-up occurred. She was left "writhing in agony" for a week after the incident. END_OF_DOCUMENT_TOKEN_TO_BE_REPLACED

According to reports, the two containers were mistakenly switched on the morning the woman arrived in hospital.

The Local reported that the disinfectant injected into her system was chlorhexidine which is used for cleaning medical devices.

Anders Rehn, the acting director for the hospital, commented: "Obviously, this shouldn't happen. We have removed the containers so they cannot be switched. The chemical is no longer in the birthing clinic."

The woman in question was released. Doctors claimed that the dosage was too small to cause lasting damage. 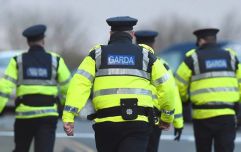 END_OF_DOCUMENT_TOKEN_TO_BE_REPLACED

"She has extreme pain in her back, and feels something like electric jolts all the way down through her feet," the woman's husband said. "They are only aware of two similar cases in the world. In one the patient became disabled. They don't know what happened in the other."

popular
Fans are feeling seriously sorry for Molly Mae Hague after resurfaced interview
He may be a politician, but Leo Varadkar's personal life is none of our business
Joanna Cooper reveals when she's officially tying the knot with Conor Murray
Here are our top picks from this week's Lidl Toy Event
Kelsey Parker: "People think I should be walking around wearing my black veil"
Here's your chance to WIN a €500 toy voucher just in time for Christmas, with Petits Filous
Gwen Stefani reportedly pregnant with baby number four
You may also like
3 years ago
Doctors perform c-section on a woman who wasn't actually pregnant
3 years ago
Female graduates in 'sexy' clothing are less likely to become successful according to this study
4 years ago
This 104-year-old drinks Diet Coke everyday and believes it's her secret to a long life
4 years ago
There's one food group you should always avoid before bed
4 years ago
Woman filmed drying her knickers with overhead vent on an airplane
4 years ago
Fans are freaking out over Nathan Carter's latest snap with mystery woman
Next Page