A selfie which was posted by a woman at the Notting Hill Carnival has been shared thousands of times across social networks. The image shows the woman's horrific injuries following an attack during the Carnival.

According to the Independent, the woman in question alleges she was punched in the face for telling a man repeatedly to stop groping her.

Mary Brandon posted the photo to Facebook stressing the fact that she spent nine hours receiving treatment following the assault. 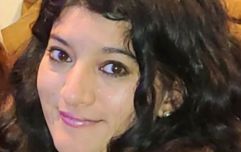 END_OF_DOCUMENT_TOKEN_TO_BE_REPLACED

Ms Brandon said: “A man in the crowd grabbed my arse. When I told him not to he did it again.I pushed him away, exercising my right to tell a man to stop touching my body without my permission, so he took a swing at me and punched me in the face.”

The Evening Standard is reporting that other women have come forward with their experiences from the Carnival following Ms. Brandon's Facebook post.

“I can honestly say I will always stand up to someone who thinks they can get away with this behaviour. I’d take a punch again from this loser or any other loser who thinks it’s OK to treat women like this."

The police are currently investigating the incident.

popular
Father took daughter to hospital three times before she died of Strep A
Tom Parker's wife suffers more heartbreak just nine months after husband's death
Fans are feeling seriously sorry for Molly Mae Hague after resurfaced interview
He may be a politician, but Leo Varadkar's personal life is none of our business
Here are our top picks from this week's Lidl Toy Event
Joanna Cooper reveals when she's officially tying the knot with Conor Murray
Here's your chance to WIN a €500 toy voucher just in time for Christmas, with Petits Filous
You may also like
7 months ago
Gardaí investigating after woman assaulted in wooded area on St Patrick's weekend
9 months ago
Man left with serious injuries after assault in Dublin
9 months ago
Friend pays tribute to teenage boy who fought man in Fermoy after attack on 16-year-old girl
9 months ago
Man due in court following alleged assault on teenage girl in Fermoy
9 months ago
Man arrested after teenage girl attacked while out walking in Fermoy
10 months ago
Gardaí investigating alleged sexual assaults on teenage girls in Sligo
Next Page