We thought we were doing well yesterday here at Her Towers when we managed to get out and about for a Sunday evening stroll... but compared to what Clare Conlon did, that was absolutely nothing!

The talented sports star not only lined out as left back for Rahney United Ladies soccer team on Sunday in the FAI Women's Cup final, but she then drove down to Clane in Co Kildare where she played the Leinster Ladies Club Football final with Sarsfields Mountmellick.

And the best thing about it all? 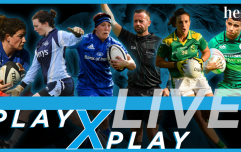 END_OF_DOCUMENT_TOKEN_TO_BE_REPLACED

Not only did she help the Raheny side secure their third title in-a-row in the Aviva with their 2-1 victory over UCD Waves, but she then togged out as full forward for Mountmellick and assisted the team to glory as well over Na Fianna of Dublin.

Speaking to Her.ie on Monday, Clare was - understandably - exhausted. 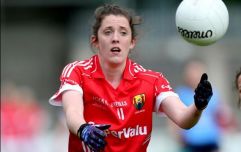 END_OF_DOCUMENT_TOKEN_TO_BE_REPLACED

"I'm feeling it a bit alright today!" she laughed. "I took a couple of hours off work this morning and had a lie in, I was pretty tired!

"Yesterday was pretty crazy. The soccer game kicked off at 12.20pm in the Aviva and I was playing left back. I got subbed off in the 63rd minute and I was standing there looking at Casey, our coach, and he just smiled at me and said "Go on"," she continued. "I'm so lucky. There's not many coaches who will be there in the Aviva stadium on cup final day and will let you head off to a GAA match!

"You couldn't write what happened yesterday. I jumped into my GAA gear, drove down to Kildare with RTE blaring all the way keeping me up-to-date on the soccer. When I got to Clane then, I hopped out ready to go, and was on the pitch before the half-time whistle!

"I've played gaelic since I was really young with Sarsfields Mountmellick and that was a massive win for us yesterday. We are aiming for an All-Ireland final this year after getting knocked out in the semi last year. To hear the news that Raheny had won after extra time was just the perfect end to an amazing day." 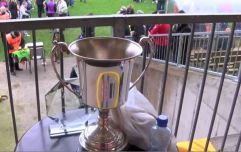 END_OF_DOCUMENT_TOKEN_TO_BE_REPLACED

"To win two in a day isn't bad I suppose - but I definitely won't be doing it again! I'm not in secondary school anymore! Thankfully, the GAA semi-final is fixed for two weeks' time and so far, it doesn't seem to be clashing with any soccer game hopefully," she continued, before adding that it has been a whirlwind season for her with Raheny this year having only joined the club in January.

"It's been a mental season, from wins to that brilliant Champions League run, it's just been fantastic. And then, to win the Cup and then the Leinster was just the best of all. Hopefully there will be a lot more success to come."

popular
Love Island: Mollie's family issue apology following allergy comments
Love Islanders will decide whether to recouple in Casa Amor TONIGHT
Love Island fans think someone has left after Luca arrives back to empty bed
Missguided renamed after being bought out
TikTok sued after girls die during 'blackout challenge'
Penneys has a perfect dupe for Charlotte Tilbury's Flawless Filter foundation
Friends creator says they regret not using correct pronouns on the show
You may also like
3 years ago
'The GAA taking part in Pride is a commitment, not a token gesture' - Nicole Owens on what Pride means to her
3 years ago
GAA star Lyndsey Davey on why every second counts in her life and career
3 years ago
Sligo defender Jacqui Mulligan is back and hoping to make a difference in 2019
4 years ago
The 'drop off' age for women in sport is very real... I should know
4 years ago
5 reasons why girls give up sports AND how to get BACK IN THE GAME
6 years ago
PICTURE: One Irish Family Has A Unique (And Very Irish) Way Of Supporting Their Daughter
Next Page