'I was nervous at first' - Together For Yes canvassers share experiences

The grass-roots movement to repeal the 8th mobilised thousands of people all over the country, the majority of whom had no previous experience in activism.

Many of these people were women who similarly turned up to vote in numbers never seen before. It's been estimated that on an average, there were between five to seven thousand people out canvassing for a yes vote on each canvassing night. The campaigners came from all communities and political affiliations.

Interested to know about these first-time campaigners, I put a call out for people to share their stories with me. I was inundated with responses, overwhelmingly from women who have now become passionate activists keen to create social change in Ireland.

For many women, social media was their first introduction to activism.

"I was reading and sharing more and more online. As it became clear that there would definitely be a referendum I suppose I upped my game".

Sandra Power, from Waterford, used her blog to promote pro-choice pieces and information.

"I wrote some blogs and shared a lot of articles (especially those from the In Her Shoes Facebook page), the natural progression for this was to attend events."

Geena O'Keeffe from Kilkenny says she began to feel dissatisfied with just sharing things on Facebook.

"I wanted to talk to real people and see if I could make real changes. Even one conversation that could help inform one person who was confused by the misinformation from the pro-life side was a win in my eyes." 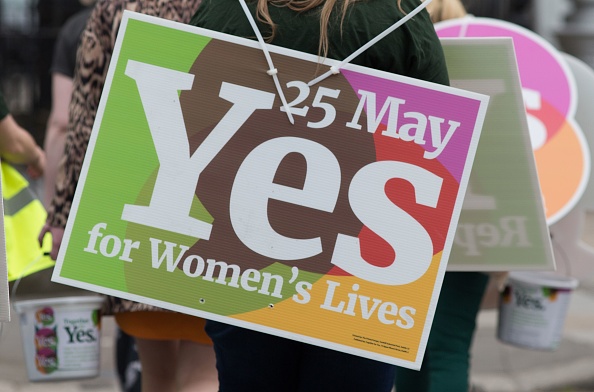 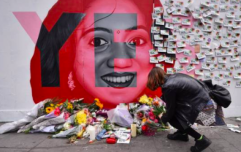 END_OF_DOCUMENT_TOKEN_TO_BE_REPLACED

Many women said they initially felt nervous about becoming involved beyond posting on social media. Fiona Ní Laighléis from Galway said it took her a few weeks to gather the courage to canvass. She says that the more she spoke with friends about the issue, the more passionate she became.

"I wanted to be a part of changing society. There are so many things I am passionate about, how rape victims are treated, direct provision, the underlying current of sexism in society in general. I think the whole community aspect of Together for Yes made it a lot easier to slot into activism. Activism for beginners one might say."

Personal experience of having travelled to England for an abortion as a teenager prompted Deborah from Bray to get involved. However, she says she felt nervous about the backlash she might encounter for canvassing.

"I felt like I had a target on my head for people who felt being aggressive and violent was completely justified. I wasn’t wrong to feel this way. I got doors slammed in my face. I got jeered at. I got called a murderer in the street regularly. Told I was a disgrace. One man asked me “where are you opening your abattoir?”."

Deborah says she feels "fantastic and elated" about the result of the referendum as she did not feel Ireland was a safe place for pregnant people with the 8th in place.

Elizabeth Kavanagh from Wexford says she initially didn't feel confident about canvassing but felt the issue too important not to help out. Despite her reservations, she says she found she loved canvassing and particularly enjoyed the sense of solidarity.

"I felt I was making a difference by giving people the correct information. I really felt it was an important issue."

Some women remained nervous of canvassing but felt so strongly about the issue that they did it anyway. Laois woman Cliodhna said:

"It took me ages to summon the courage to canvas. But once I got going I felt a strong sense of purpose, determination, and kinship with the amazing women I met. The nerves never left me. I felt physically ill the two weeks prior to the referendum." 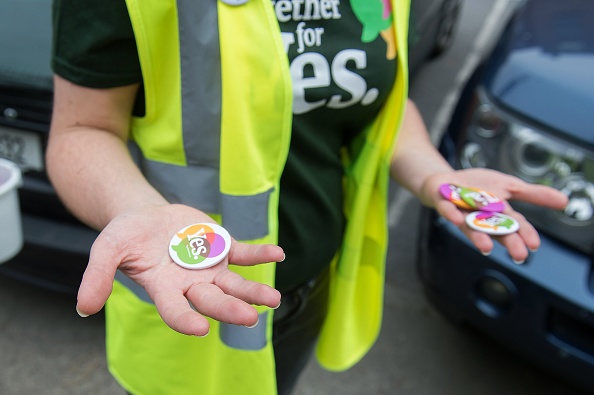 Sinead from Wicklow canvassed with Wicklow Together For Yes.

"I went from thinking I might canvas to living & breathing all my energy into getting a Yes. A part of me still can’t believe I did it, it’s not really like me to put myself out in front of people, I was nervous at first about aggression at the doors. That was gone by the end of the first night... and I canvassed every day for the next seven weeks!"

Dublin grandmother Trish Doyle was worried people would think she was too old to have an opinion on the 8th amendment but felt that she wanted to make Ireland safer and better for future generations. She says she feels:

"incredibly proud, incredibly relieved and incredibly humbled by the amount of work so many people have done to get this across the line. I feel by being a part of it I am leaving my granddaughters the best legacy anyone can leave the next generation."

For Deb Crawley O'Neill, canvassing for repeal lead to her joining a political party.

"I started attending local SocDem meetings, helping out where I could. When I found I was coping quite well with the extra load, I got more involved with Meath ARC too, mostly online to begin with. Next thing you know I was at every march, organised the plane to fly over the International Women's Day March, and as part of Together for Yes, I canvassed, organised stalls and leafleted every week in the run-up to the referendum. I'll be staying active, there's so much more to do!"


popular
'Be A Lady, They Said!' You need to watch this incredibly powerful video about being a woman
The dress that Holly Willoughby wore this morning is getting very mixed reactions
Netflix's Babies documentary is making quite the impression online
The comfy €42 M&S boots we're going to be living in all spring
Gwen Stefani reportedly pregnant with baby number four
Why you shouldn't put your address on your luggage when going on holiday
No chemical peel needed: 7 easy ways to achieve the glowing skin of your dreams
You may also like
6 hours ago
WATCH: Beyoncé performs at Kobe and Gianna Bryant's memorial at the Staples Center
9 hours ago
Harvey Weinstein found guilty of criminal sexual act in the first degree and rape in the third degree
15 hours ago
Jason Davis, who voiced Mikey Blumberg from Recess, has died at the age of 35
16 hours ago
Love Island pay special tribute to Caroline Flack with 'through the years' montage video
1 day ago
'Absolutely empowering' Meet the women exploring trauma through film in Ireland
2 days ago
Fair City's Will Casey returns to Carrigstown on Sunday night
Next Page