'I don't have to get another job'

An up and coming MMA fighter has explained how her OnlyFans page has helped to support her career. Currently out with an injury, Kay Hansen has turned to the site to make some money so she can pour extra time into making her comeback.

Hansen has just returned to Invicta FC after leaving the UFC after her last three consecutive fights were dropped.

Hansen hasn't fought since April due to being sidelined by a hand injury and while she has been criticised for running an OnlyFans page, the 23-year-old can only see the benefits from it. Speaking to MMA Junkie she said:

"I feel like a lot of people knock it, and I understand everyone has their opinion, but at the end of the day, it allows me to make the training schedule I want.

"I don’t have to get another job working a 9-to-5, you know what I mean? So it allows me to structure my camps and focus on what really matters, and that’s fighting."

'I’m looking to fight as soon as possible' - Kay Hansen 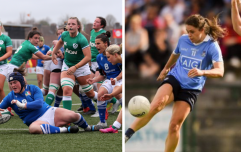 Yes, the World Cup is this year – but it's not the only thing happening in women's sport

END_OF_DOCUMENT_TOKEN_TO_BE_REPLACED

While she remains ruled out with injury, Kay Hansen is hoping that she will be able to make a return in the first few months of 2023.

"Right now I have a fractured hand, so I’m waiting on that to heal," she added.

"And once that heals, I’m looking to fight as soon as possible in the beginning of 2023. But I have to make sure my hand is healed before I do that." 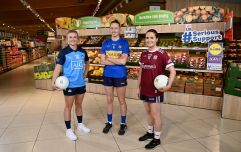 END_OF_DOCUMENT_TOKEN_TO_BE_REPLACED

The 23-year-old made four appearances in the UFC octagon before being released. Her debut was a win against Jinh Yu Frey in 2020 however, her last three fights were not as successful.

Cory McKenna, Jasmine Jasudavicius, and most recently Piera Rodriguez all beat Hansen and in her most recent defeat to Rodriguez, she missed the weight cut by 2.5 pounds.

popular
Baby dies next to mother who drank 'two or three' bottles of wine then fell asleep
Love Island's Zara's brother reveals the real beef going on between her and Olivia
It's a girl! Molly Mae has given birth to her first child
Abigail Breslin marries longtime love Ira Kunyansky
Funeral of Cork toddler takes place after choking accident
Love Island first look: Tom and Ellie's secret kiss is revealed as they head back for round two
Woman spots dead husband in promo video for Indian restaurant
You may also like
1 day ago
Identical twins trying to get pregnant at same time with shared fiance
1 week ago
Patient in his 80s killed in Cork hospital ward following attack
1 week ago
Sister André, world's oldest person dies at the age of 118
2 weeks ago
Jeremy Clarkson emails Meghan Markle to apologise for 'disgraceful' column in which he said he 'hated' her
4 weeks ago
Horrific story of man and girlfriend eaten alive by grizzly bear while filming entire ordeal
1 month ago
Andrew Tate releases statement following Romania arrest
Next Page