"We want to feel amazing, we want to show everyone that we look amazing."

Germany's Olympic gymnastics team made headlines recently for opting to wear unitards instead of leotards while competing in this year's games. The latter, traditionally a swimsuit cut, is generally reserved for female competitors while male athletes opt for the more covered unitard.

END_OF_DOCUMENT_TOKEN_TO_BE_REPLACED

The team said they opted against the female leotard to feel more comfortable in their performance, to tackle sexualisation, and to control how their bodies are presented on the mat - able and incredible.

"The aim is to present aesthetically, without feeling uncomfortable," they said.

"We sat together today and said, 'Okay, we want to have a big competition,'" added team member Sarah Voss. "We want to feel amazing, we want to show everyone that we look amazing."

Supporting the team were USA gymnast Sunisa Lee and the GOAT herself Simone Biles, who said that while she prefers to wear a leotard to feel taller, she "stand[s] with their decision to wear whatever they please and whatever makes them feel comfortable." 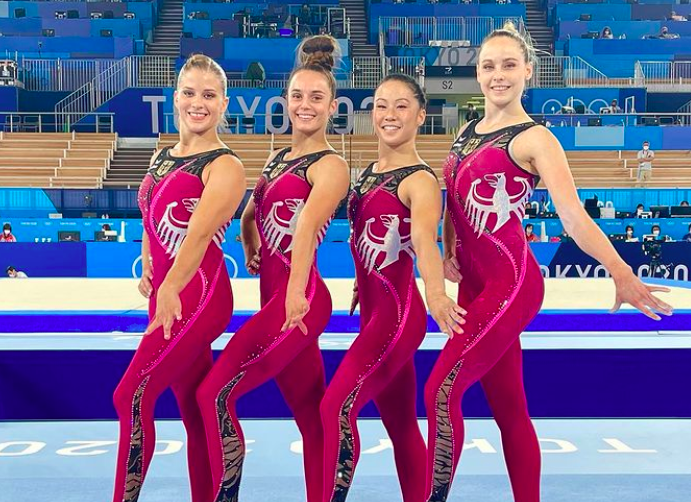 END_OF_DOCUMENT_TOKEN_TO_BE_REPLACED

But Team Germany aren't the first sportswomen to take a stand against sexualisation in sport in recent months. Earlier this summer, the Norwegian women's beach handball team opted to wear shorts instead of their expected bikini bottoms during the Euros tournament, a uniform rule cited as "embarrassing."

The team were fined €1,500 for "improper clothing," but their decision sparked enthusiasm around the world with many athletes and fans applauding the women's protest of the pointless and "nonsense" rule - which at the time of writing, has yet to be amended.

But sexualisation isn't the only issue that athletes are addressing, some are also taking a stand for the safety of their fellow teammates - and women everywhere.

END_OF_DOCUMENT_TOKEN_TO_BE_REPLACED

The US fencing team recently wore pink face masks in protest of their teammate Alen Hadzic, who has been accused of sexual misconduct.

Last month, Jake Hoyle, Curtis McDowald and Yeisser Ramirez appeared in pink masks as a nod to survivors of sexual violence, while Hadzic stood beside them in black. The image was a notably striking one, a clear protest against Hadzic's inclusion on the team and the suspension appeal that allowed him to get there.

These stances of strength come during the most significant sporting competition in the world, but they also come in the wake of a shift in the sporting world.

An update from Tokyo: #TeamUSA men's epee team deliberately wore pink masks for their opening match to stand in solidarity w/ sexual assault survivors and against their teammate, Alen Hadzic, who is under investigation for sexual assault

"The disdain was clear," a source said pic.twitter.com/jTyrVJc4rw

Tokyo 2021 is the first Olympic games since former US gymnastics doctor Larry Nassar was sentenced to up to 175 years in prison for the sexual abuse of over 265 girls and women, including Simone Biles and McKayla Maroney.

The case triggered an influx of accusations among young athletes, not just against Nassar, but other abuses of power carried out against young women and girls who had presumed safety in trusting those above them.

The past few years has also seen countless athletes speak out about the importance of their mental health, not just physical health. Tennis star Naomi Osaka dropped out of Wimbledon this year after opening up about her depression and anxiety, while women's basketball player Liz Cambage opted to not attend the Olympic games due to the anxiety she felt over living in the athlete village Covid bubble.

Simone Biles made her own decision to temporarily step away from the Olympics last month with the intention of focusing on her mental health, her core message being that although you may think athletes are superhuman, they are people too. 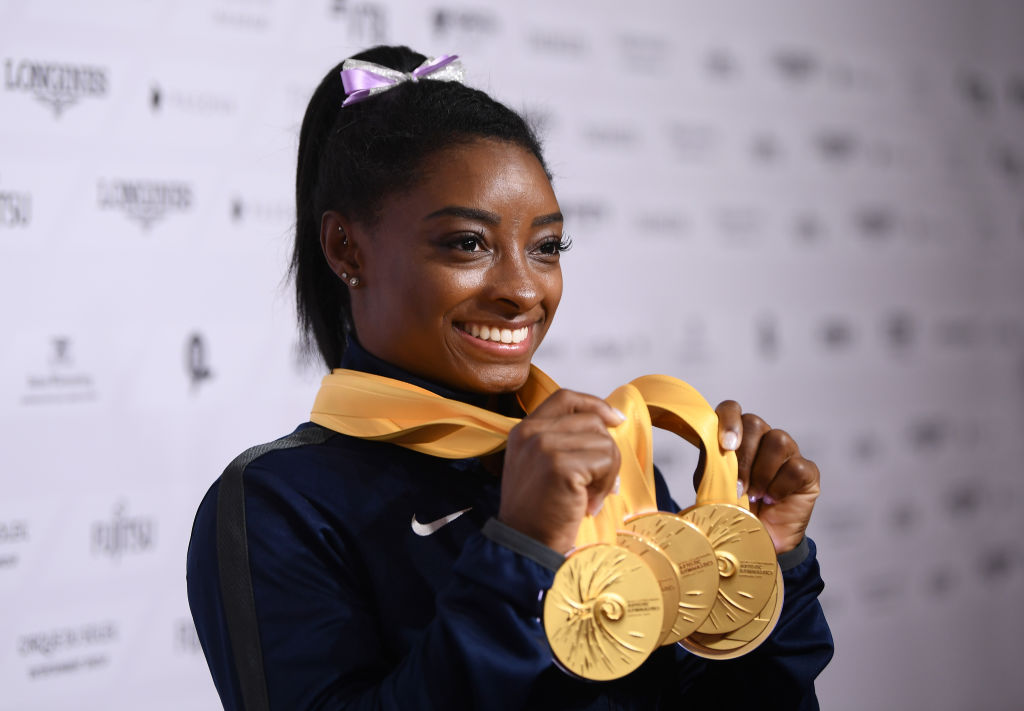 The sexualisation of sport has existed for a long time, as has an awareness of it. But the influx of stances against uniforms and clothing, as well as the drive for a renewed focus on the talent of female athletes and zero tolerance of abuse, are finally being noticed.

Speaking out can often have a ripple effect. While a dislike of leotards and bikini bottoms has likely always existed among many athletes - as has a disregard for the male gaze - sometimes it can take the actions of one to influence another, to normalise speaking out, and to make a space safe for everyone.

Since this year's games began, the Olympic Broadcasting Services has said it will work to tackle the often overly sexualised footage of female athletes that has in the past dominated the Olympics.

To do this, they updated their 'Portrayal Guidelines' to encourage a worldwide "gender-equal and fair" broadcasting of matches and event. "Do not focus unnecessarily on looks, clothing or intimate body parts" and avoiding broadcasting a "wardrobe malfunction to respect the integrity of the athlete" are just some of the pointers included.

"You will not see in our coverage some things that we have been seeing in the past, with details and close-up on parts of the body," they said.

"We in media have not yet done all that we can do [...] This is something that we need to be frank and open [about] among ourselves."

It's a small step forward, and a simple one, but given the number of athletes taking a stand against the sexualisation of women - and the sheer amount of support they have received - it's looking like the portrayal of women in sports may finally be changing for the better.

popular
Netflix's true crime series Sins of our Mother is seriously insane
So, William and Harry have a step sister... and who knew?
Why Are Men so Obsessed With Boobs? The Answer is Pretty Surprising...
Smyths issues warning to parents ahead of Christmas
Love Island's Paige opens up on the moment she changed her mind about Jacques viewers didn't see
A Criminal Minds re-boot is happening – and here's everything we know
Brian O'Driscoll brings the wrong dog home from the groomers
You may also like
1 month ago
Taking up golf? This free app is an amazing beginner's guide for anyone starting out
3 months ago
WATCH: Incredible moment coach saves swimmer as she faints underwater
3 months ago
Gerard Pique and Shakira announce they have split after 11 years
5 months ago
Transgender women no longer allowed to compete at British female cycling events
5 months ago
Young British rugby star passes away aged 20 following injury
7 months ago
Coleen Rooney says she's learned to 'live with' Wayne's cheating but they're not 'lovey dovey'
Next Page