The comedian used the coverage as an opportunity to shout-out her favourite vintage stores.

Irish comedian and actor Aisling Bea took to Instagram to respond to an article headline which claimed that The One Show viewers were "distracted" by her "low cut jumpsuit as it gapes open".

The article, which appeared in The Daily Star, read: "Fans of the BBC programme 'couldn't take their eyes off' Aisling Bea's gaping pink jumpsuit as she appeared on Thursday's show to promote her award winning programme This Way Up." 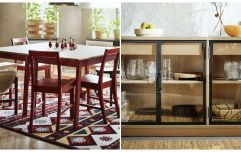 Cosy, nostalgic and calm: We had a sneak peek at everything new in IKEA

END_OF_DOCUMENT_TOKEN_TO_BE_REPLACED

Bea posted a screenshot of the article to her Instagram page and responded to it in her caption.

"This "article" which will forever more remain online for future generations to look at as part of history was posted about five minutes after we came off air. We went looking for the GIANT reaction to my GAPING OPEN jumpsuit and lads... it was based off ONE tweet. UNO TWEETO. You too can make the news from one tweet."

Aisling then went on to give a shoutout to the designer of the jumpsuit, which wasn't that low cut  at all. 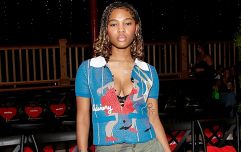 END_OF_DOCUMENT_TOKEN_TO_BE_REPLACED

"If you did like my GAPING jumpsuit - I  bought it for UNDER 30 squid from second hand clothing shop in Edinburgh run by some cool gals @littlebluedoorvintage - they have the BEST names - Aisling and Aine."

The comedian also gave a shout-out to her earrings, which she nabbed in Twisted Vintage in East London. Aisling added that the shop makes new pieces out of old jewelry, and that she's donated to them in the past.

In her post, she added a series of screenshots with details of the small businesses.

She added that her post was meant in a "very light hearted way", and was not meant to be "serious". Bea said that she hoped the journalist was able to get paid out of her "lil gape".

popular
Smyths issues warning to parents ahead of Christmas
So, William and Harry have a step sister... and who knew?
Rylan Clark was hospitalised with two heart failures after marriage breakdown
An All-Stars I'm A Celeb is officially happening
Marnie Simpson reveals her baby boy has plagiocephaly
Riverdale actor Ryan Grantham charged with murder of his mother
RuPaul's Drag Race star Cherry Valentine passes away aged 28
You may also like
7 months ago
Aisling Bea opens up on bursting into tears after TV host cursed her out
11 months ago
Aisling Bea defends English accent in new Home Alone film
1 year ago
Season two of Aisling Bea's This Way Up starts tonight
2 years ago
Aisling Bea had a very awkward sex scene with Paul Rudd while filming Living With Yourself
2 years ago
Aisling Bea has explained Rebekah Vardy-gate to Paul Rudd and everything is right in the world
3 years ago
Aisling Bea and Andrew Garfield have sparked romance rumours
Next Page