They don't miss a trick.

Jesy Nelson and her Little Mix bandmates are currently filming for a new project and of course their outfits are the source of much attention.

Taking to Instagram, Jesy shared an image of one of her looks, a lace-up crop top, and matching trousers.

Eagle-eyed fans weren't long commenting on the fact that the lace-up effect meant Jesy would have had to go without underwear.

Now, whether you're a fan of the look or not, it has to be noted that she can definitely carry the daring ensemble off. 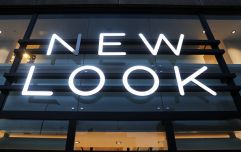 END_OF_DOCUMENT_TOKEN_TO_BE_REPLACED

The singer is believed to have parted ways with Chris Clark, formerly of TOWIE, deleting any evidence of him from her social media accounts.

According to reports, Chris decided to end things between himself and Jesy while she was on an official tour of America with her fellow bandmates.

If this is true, not cool Chris, not cool at all.