Katja Mia: "I'm thriving in just being who I am"

"I'm curved and Black and Irish, there's no one really doing what I do right now."

Katja Mia wants to go hell for leather this year. 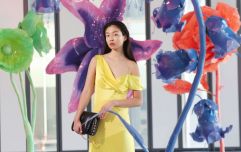 END_OF_DOCUMENT_TOKEN_TO_BE_REPLACED

A midsize and curve model, influencer, presenter, and brand ambassador, the Dubliner has had a lot going on this past while. And she's showing no signs of stopping.

Katja made the jump from finance to fashion during the pandemic. Struggling to find the time for her passions, she handed in her notice and decided to focus full time on what she loves: style and beauty. Shifting industries was scary, she says, but it was what she needed to do.

"I don't think I brought my best self to the job," she says. "When you're in an industry that doesn't highlight your strengths, you're lying to yourself. So I decided to move. I really struggled with the decision but I was just like, 'I'm not living like this, life is too short.' I handed in my notice the next day and it felt so good." 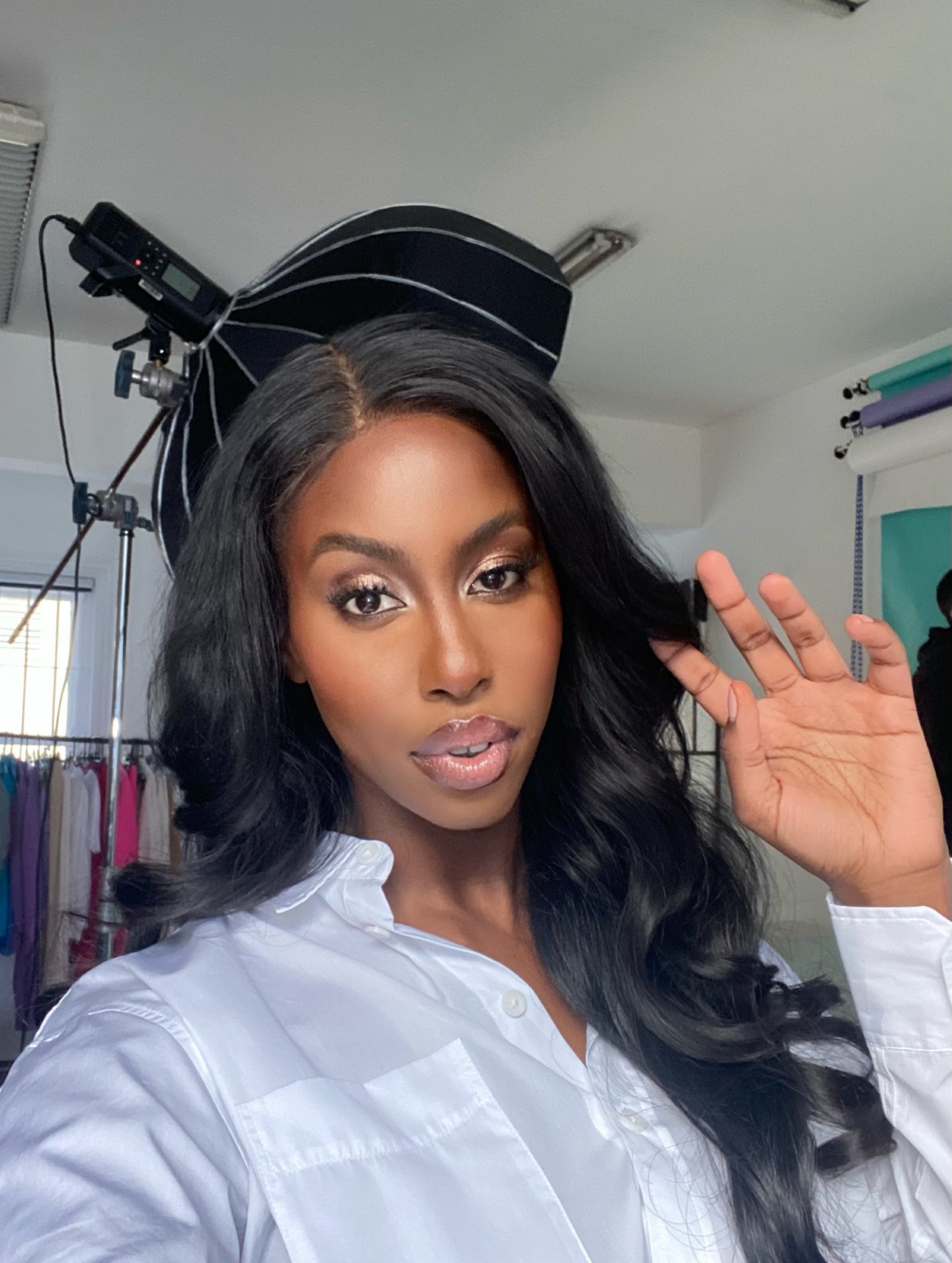 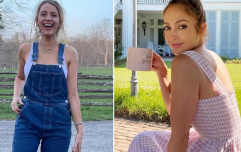 END_OF_DOCUMENT_TOKEN_TO_BE_REPLACED

At this point, Katja had already signed to an agency. More free time meant more time to focus on content creation and her Instagram account. Soon, her posts were getting more traction and her account was growing. "Things were happening," she says. "I feel like it was meant to happen this way."

At the time of writing, Katja has over 15,000 followers and has worked with major brands like Penneys, H&M and Maya Jama's MIJ Masks. Stepping into the world of modelling wasn't entirely new for her (she had always loved taking photos of her clothes and makeup "for the craic"), but influencing is a relatively new industry. Having guidance from others and keeping your individuality is crucial, she says, but so is simply loving what you do.

"If your heart isn't in it, if you don't show up, if you don't love what you do, people will see through that," she says. "It's organic, you need to love it, but you also need to word hard and pay attention to what your peers are doing. 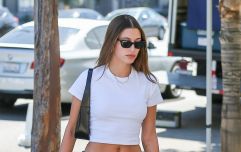 Hailey Bieber's simple white tees are the moment - and here's why

END_OF_DOCUMENT_TOKEN_TO_BE_REPLACED

"It's forever changing, you have to adapt fast. It's the same as any job, and I think as humans we're always equipped to change. If your head's in the right spot, you'll find a way around it. At the beginning I was clueless, and I'm okay with saying that, but now it's coming together. I love being glam but I also want to bring personality and confidence and realness.

"I'm curved and Black and Irish, there's no one really doing what I do right now. We don't have a lot of influencers of colour in general [in Ireland], add being a size 14 - 16 and it's completely different. You want to show range, you want to show that there's not just one kind of beauty. I'm thriving in just being who I am. That's my personality and I'm not changing that, there's power in that." 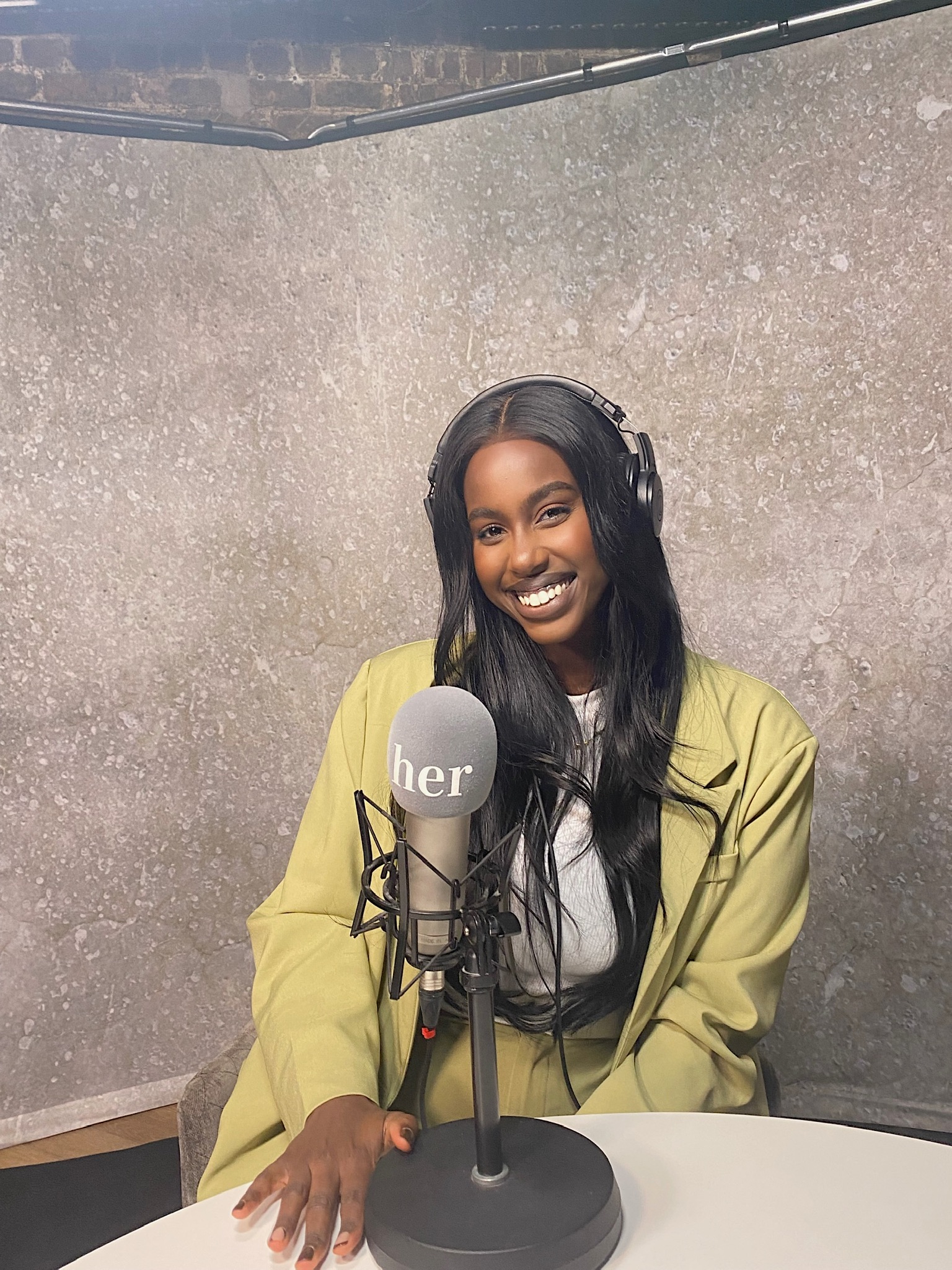 For a while Katja was only seeing the same people on her timeline. Now, she's starting to see a shift in terms of diversity. Representation, she says, is so important, "I want to be that girl for other Black girls."

"I didn't see myself as beautiful or attractive until I was 20," she says. "What helped was surrounding myself with other Black women. I didn't really grow up with Black friends, and I was always trying to change myself because I wasn't represented. I always thought if I don't see anyone who looks like me, then I'm not beautiful.

"Now that I surround myself with different cultures I know there's not just one type of beauty, it's not one hair colour or body shape or skin tone. There's power in that. That's been my mission, to change how Black women are represented in Irish media [...] If you don't see yourself you're always going to second guess yourself, your beauty and your confidence."

The fashion and the beauty industries have come a considerable way when it comes to representation, particularly over the past few years. More makeup lines are inclusive, more campaigns are featuring bodies of all types. For Katja, the shift has been great from a professional perspective, but from a personal one too. She agrees that considering a 12-14 label as a "bigger size" is "crazy," but for years, these sizes weren't represented. Not in the media, not on runways, not anywhere except real life. 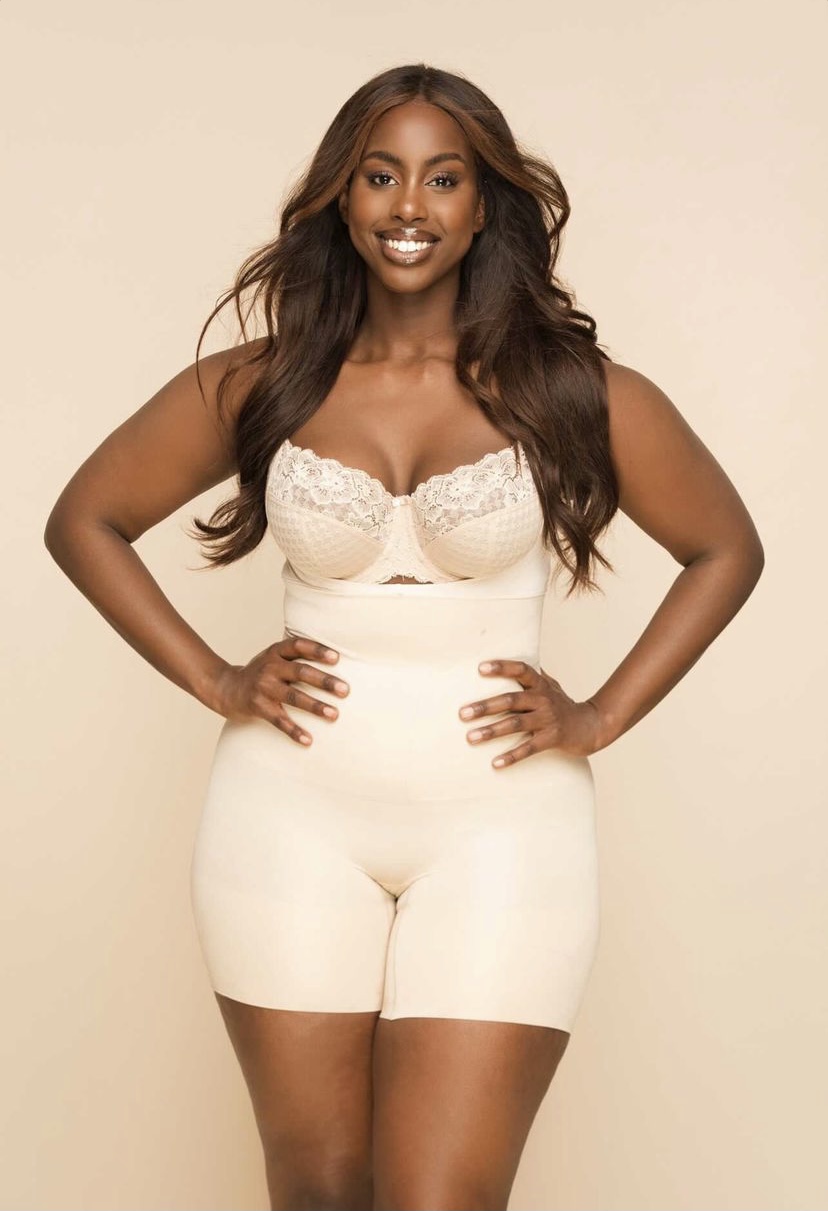 "There's beauty in every size," she says, "I think we just need to stop labelling women in general. Do you ever see men's bodies going in and out of fashion? If we talk about bigger bums being hot, or we're saying that curves are in now, does that mean that in two years it's going to be back to size 0?

"I want everyone to feel comfortable, and we're not going to get that if we're just promoting people of one shape. Diversity means everyone will see themselves and they won't compare themselves to each other."

For most Irish influencers, an increase in following, exposure, and work means greater opportunities. For some, it may also mean a move away from Ireland; a keenness for larger cities and wider industries. At the moment though, Katja has no intention of leaving.

The intimacy of the Dublin scene has allowed her to find her way around and to meet the right people. And despite the many, many draws of other cities, for her, Dublin is home. "Why would you want to be anywhere else?" she says. "I get that people in different industries move for different reasons, but you'd never catch me moving to Australia, I've always been a Europe girl. If you can make it work then why not stay? You'll always catch me having my coffee on South William Street."

So what's next for the woman who's set to dominate the Irish influencing game, all the while changing attitudes towards inclusivity while she does so? Despite her success so far, Katja says this is "just the beginning."

"People are only starting to recognise me now, so I want to take advantage of all the new opportunities coming my way. I want to go hell for leather."

popular
Bride asks for divorce day after wedding following groom's disrespectful cake stunt
Head of dive squad searching for Nicola Bulley thinks 'something's not right'
Yet another former Islander has hinted at their return for Casa Amor
Rosanna Davison issues warning to parents after health scare with Sophia
Tributes paid following tragic death of Emma Pattison and her family
Has the Call Her Daddy podcast just pulled the best marketing stunt of all time?
WIN: A weekend away in London for you and a friend - including a 5* hotel stay, flights and dinner
You may also like
2 weeks ago
Kylie Jenner wears huge lion's head attached to dress at fashion show
2 weeks ago
Islander Style: This is what everyone wore on Love Island week
1 month ago
Magpie moments: why 'dopamine dressing' is in right now
1 month ago
15 Irish influencers to follow for style inspiration in 2023
1 month ago
10 iconic Irish fashion moments from 2022
1 month ago
Not to be a Grinch, but our Christmas jumpers are causing a global eco disaster
Next Page