Everyone is talking about Kim Kardashian's latest '90s throwback outfit

What was she thinking?

It's fair to say Kim Kardashian has shocked us enough at this point. Between her nude selfies, feuds with other celebrities and her choices of outfits, there's never a dull moment.

And her latest outfit is by far one of the most bizarre we've ever seen and has taken everyone by surprise.

She appeared out and about in Paris in something we all wore in the '90's - Adidas popper pants. What's more, she paired them with a see-through corset, fishnet tights and high heels. 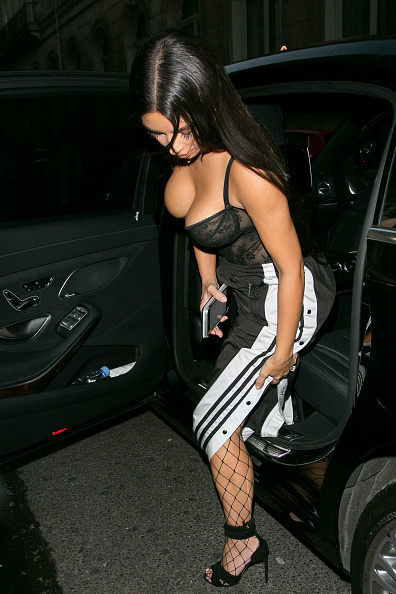 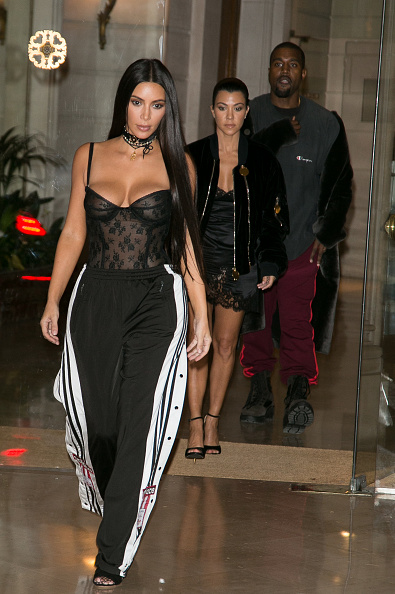 We're all for bringing back some fashionable pieces from the past but this one was left there for a reason.

Naturally, it got everyone talking.

Sorry Kim kardashian but Adidas popper trackers with fishnets and bodysuit ?✋ no just no!!

STOP!! Not even Kim Kardashian can make Adidas Poppers come back

This Adidas popper sokoto that Kim Kardashian combined with a lacy body is so distressing.

Are those #KimKardashian photos a joke? The ones with the poppers? Surely that's photoshopped? I can't believe my eyes #Kim #Kanye

Fair play to Kim Kardashian for going for the "Just been to an Ann Summers party in Darndale" look pic.twitter.com/oR6FSuCegV

P.S. Kim Kardashian didn't wear those Adidas popper trackies because she thinks they look good. It's all a clever marketing ploy.

Kim Kardashian is kickin about in a pair of adidas poppers, i feel like my old ned self was a trend setter #yeezus #trackies

I bet Kim Kardashian didn't wear Adidas popper pants in 1997, whilst drinking Bellabrusco in a park.

I can see into the future. Kim Kardashian was spotted wearing adidas poppers this week ? https://t.co/3YRmYUNx4s

popular
Kitchen Crusade: Two ingredient Nutella cake... or chocolate omelette, whichever
It's staycation time! WIN a two-night stay and dinner in a Select Hotel of your choice
"I never thought it would be cancer": Stage 4 melanoma patient recalls receiving her diagnosis
Live news interrupted by someone's child... again!
Tributes paid to Dr Tony Holohan as he steps back from role to care for wife
QUIZ: Can you guess the Disney movie from its opening line?
A comprehensive breakdown of the Shane Dawson/Jeffree Star/Tati Westbrook 'Karmageddon' drama
You may also like
1 week ago
5 cosy co-ords we are living in right now (because our home office is pretty casual)
1 week ago
Coast has launched its Irish website and the summer collection is to die for
1 week ago
Neutral basics: Your entire summer capsule wardrobe – in just 7 H&M buys
2 weeks ago
Capsule wardrobe: 7 hero pieces from Zara to buy now and wear forever
2 weeks ago
Redecorating? Habitat has highlighted the 7 most popular living room trends over the decades for some inspo
1 month ago
Lookdown looks: I was wearing tracksuits 24/7 before it was cool
Next Page