Tonight, Prince Harry and Meghan Markle are at the Central Hall, Westminster to attend a gala concert, 100 Days to Peace, in aid of mental health charities.

For the gala, both the Duke and Duchess of Sussex opted to wear blue, a colour often linked to mental health as it symbolises depth and stability as well as healing and tranquillity.

For the event, Meghan chose sleeveless dress by designer Jason Wu and then themed the dress with a Dior clutch and divine slingback heels by Aquazurra. Prince Harry on the other hand, chose a slick suit as the pair arrived at the event hand-in-hand.

Meghan also chose to wear her hair down tonight, opting for old Hollywood glamour curls slightly tossed to the side.

The 100 Days to Peace gala is marking the century of the end of the First World War, in aid of mental charities.

The Duchess of Sussex, in a dress by Jason Wu, has arrived with her husband Prince Harry for a gala concert in aid of mental health charities, 100 Days to Peace. pic.twitter.com/8ibCbTUctF 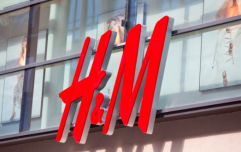 END_OF_DOCUMENT_TOKEN_TO_BE_REPLACED

This is Meghan's first time attending the gala which is expected to be an entertaining night. A performance from The Armed Man: A Mass for Peace conducted by Sir Karl Jenkins will take place later on where all proceeds will go to the military and mental health charities, Combat Stress, Heads Together, and Help for Heroes.