Penneys has responded to reports that it's launching online shopping

Well, our Wednesday just got a whole lot sadder.

Penneys has responded to reports that it is to launch online shopping - and it's not good news.

The retailer has said that it has no immediate plans to sell on the web via a click-and-collect service. 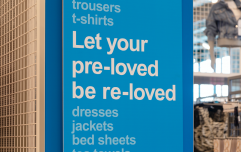 END_OF_DOCUMENT_TOKEN_TO_BE_REPLACED

"From time to time we will look at click and collect as one possible option to extend our customer service," a Primark spokesperson told Independent.ie.

"However, there are no plans in the near future to trial click and collect.”

Primark's in-store experience and price points are what make the brand attractive to customers, they added.

What we're taking from that is that it could happen down the line, but not right now.

The clarification comes just as we were getting excited at the prospect of being able to buy our Penneys bits from the comfort of our own homes.

END_OF_DOCUMENT_TOKEN_TO_BE_REPLACED

As we told you over the weekend, there were reports of the retail giant launching click-and-collect so customers could select items online and pick them up in store.

The company's chief executive Paul Marchant told a group of analysts in a briefing earlier this month that the company was looking into trialling the service, according to The Journal.

One analyst who was present told the Financial Times that click and collect was still "a year or so away" and that it'd probably be trialled with certain product groups and only in some regions. 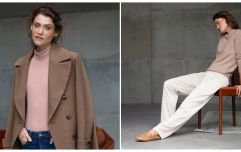 END_OF_DOCUMENT_TOKEN_TO_BE_REPLACED

Primark's lack of online store has made it an exception among its peers but its tactics have clearly paid off.

While other bricks-and-mortar shops continue to struggle, Primark's sales hit £3.6 billion (€4.16 billion) in the six months up to the start of March, new figures today show.

popular
Liveline listeners call for RTÉ's new property show to be scrapped
Negative Covid tests will be required to enter Ireland, Cabinet agrees
82-year-old woman reunited with 35-year-old husband after 9 month Covid separation
Father and daughter stabbed to death in London
Pantos can go ahead this Christmas but don't bring the children – Health Minister
14-year-old boy charged with murder of 12-year-old Ava White
Three-month plan needed to manage current Covid wave, says NPHET official
You may also like
4 days ago
Penneys to create 700 jobs over new investment and store
1 week ago
Penneys' Toy Show pyjamas collection for 2021 is here
2 weeks ago
Penneys to introduce autism-friendly shopping in Ireland
1 month ago
Penneys responds to calls for online store to be set up for Christmas
1 month ago
Penneys launches new breast cancer support collection
2 months ago
Penneys has just announced they are bringing out a furniture collection
Next Page