PIC: This 8-Year Old Girl Wrote A Letter To Clarks After She Was Really Unimpressed With Her Shoe Choices

The 8-year old was going shopping with her mum for a new pair of shoes when she went to pick up a pair of dinosaur runners.

There was only one problem – the Clarks Stomp Claw range weren’t suitable for ‘female bone structure’. So Sophie was asked to choose between pink shoes with flowers or shiny black mary-janes. But Sophie refused. 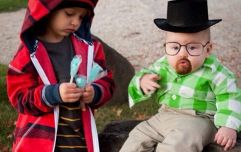 END_OF_DOCUMENT_TOKEN_TO_BE_REPLACED

In fact Sophie was annoyed that she had to make a choice when there was very few options for a girl who didn’t fit into the typical stereotypes.

Being a young girl with a lot of spirit, Sophie decided not to take it lying down and instead penned a letter to Clarks outlining the unfairness of it all: 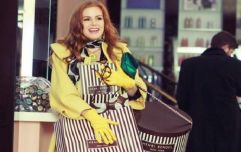 If Ever We Needed A Perfect Reason To Go Shopping...

END_OF_DOCUMENT_TOKEN_TO_BE_REPLACED

‘Clarks should learn what girls really want and do something about it.’

“Clarks are sorry to hear that Sophia was informed these shoes aren’t suitable for girls. The Stomposaurus range can safely be worn by all children. 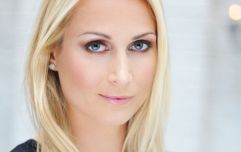 END_OF_DOCUMENT_TOKEN_TO_BE_REPLACED

“We are also developing a broader range of unisex styles which will be available from Autumn/Winter this year.”

We hope Sophie’s next shopping trip is more satisfactory, but we’ve no doubt she’ll be a step ahead when it comes to making her little voice heard.

popular
Couple, both 100, die holding hands just hours apart after being married for almost 80 years
Gwen Stefani reportedly pregnant with baby number four
Vogue Williams deems David Beckham a "sh*tebag" over World Cup deal
Here are our top picks from this week's Lidl Toy Event
He may be a politician, but Leo Varadkar's personal life is none of our business
Tom Parker's wife suffers more heartbreak just nine months after husband's death
Kourtney Kardashian gives huge update about stopping her IVF journey 10 months on
You may also like
1 day ago
HSE advises children with sore throat, cough and fever should stay at home
1 month ago
Khloe Kardashian says she is officially "done" with having kids
2 months ago
Five children rescued from van as driver is arrested
6 months ago
Mum shares hepatitis warning after young daughter is hospitalised
6 months ago
HSE confirms a child has died from acute hepatitis
10 months ago
46 children suffered "significant harm" in Kerry mental health service
Next Page