Say what you want about Kate Middleton, she always looks flawless.

The duchess has a reputation for appearing put-together no matter what the occasion.

Now a royal insider has revealed that Kate's underwear choice has a lot to do with her pristine outfits. 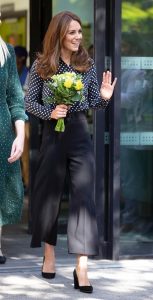 END_OF_DOCUMENT_TOKEN_TO_BE_REPLACED

Etiquette expert Myka Meier, who was trained by a member of the queen's personal staff, says that the key to a neat outfit is in the right bra and knickers.

Keen to avoid any VPL or bra outline, Kate tends to opt for a strapless, all-in-one bodysuit, Myka has explained.

"Underwear and bras are considered private intimate wear, and for royals to put intimate apparel on display would simply not be done," she told the Sun. 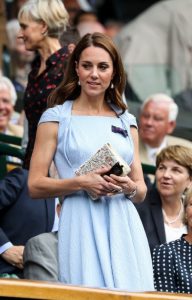 Another trick Kate uses, according to Myka, is to have her underwear sewn into her clothes for her for a completely seamless look.

What's more, the duchess is said to be a fan of affordable undies and likes to buy her shapewear at UK department store John Lewis, reports Glamour.

Of course, this isn't the first clothing hack of Kate's that we've heard about. 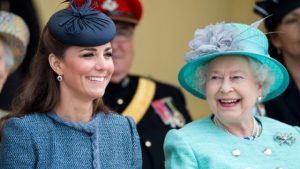 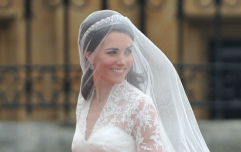 END_OF_DOCUMENT_TOKEN_TO_BE_REPLACED

The mum-of-three, who spends most of her working life in high heels, reportedly puts sticky pads on the bottom of her feet when she's wearing stockings and heels to stop her feet from slipping out of her shoes.

Even more ingeniously, it's rumoured that she copies the queen's trick of sewing weights into her skirt hems to prevent them blowing up in the wind.

Girls With Goals || Her · Ep.161: Feeling Peachy - Sharon Keegan of Peachylean on being an absolute BOSS!
popular
Pink offers to pay Norwegian handball fines
German gymnasts wear full-body unitards in stand against sexualisation
Home and Away star Dieter Brummer found dead at 45
Fans are convinced Taylor Swift is in Donegal
Charlotte and Miranda's children are all grown up in SATC reboot
I tried the cupping therapy popular with celebrities – and here is what happened
Espresso Biscoff Martinis are trending - here's how to make one at home
You may also like
4 days ago
“Mummy, please stop taking photographs” - Prince George turns 8 years old today
1 week ago
Kate Middleton confesses "mum guilt" around saying goodbye to her children
1 week ago
Prince George to be kept out of limelight after "barrage of social media abuse"
1 week ago
Kate "not keen" on Prince George wearing football kit to match
3 weeks ago
Kate Middleton self-isolating after coming into contact with Covid-19 case
3 weeks ago
Kate Middleton and Meghan Markle are back talking after Lilibet birth
Next Page