Ed Sheeran teams up with Pokemon for new song Celestial

We've got the video!

The stars have aligned as Pokémon mega-fan and international music superstar, Ed Sheeran, has collaborated with The Pokémon Company group on a new song, ‘Celestial’.

The special track will appear in the highly anticipated video games, Pokémon Scarlet and Pokémon Violet launching on November 18 exclusively on the Nintendo Switch family of consoles, but fans can get an early listen and enjoy the music video for the song which launches today on Ed’s official YouTube channel today.

The ‘Celestial’ video is inspired by Ed’s childhood fascination with the franchise and features some of his favourite Pokémon such as Pikachu, Squirtle, Machamp, Snorlax and more. It follows a typical day in Ed’s life with a Pokémon twist and was directed by the award-winning Yuichi Kodama.

Featuring a unique ‘sketch’ themed art direction from Yu Nagaba, whose style is reminiscent of the doodles that Ed drew of his Pokémon as a child, the video is full of surprises for fans to discover and transports viewers back to a simpler time in their childhood when the sky was the limit. 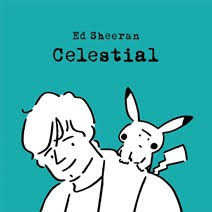 Commenting on his new song and music video Ed said:

‘I’ve played Pokémon since I was in primary school.

Me and my brother used to have different versions of the games and would trade Pokémon together ‘til we each completed our Pokédex.

I loved the cards but the games are what I lost myself in. I loved the whole world they created; it kept me distracted if there was negative stuff happening in my life/school that I wanted to avoid.

It was a world I could escape into and I’ve played it ever since. Even though I'm 31 now, I still own the same Game Boy Color and play Pokémon Yellow or Silver on planes and trains when I'm on tour.

It’s such an honour to add a song into a Pokémon game and shoot a nostalgic video too. I hope you guys enjoy the song and video - it was a blast to film!’

Being a 90s kid myself I have the say the music video holds so much nostalgia for me and I may have to watch it several more times today.

popular
Gwen Stefani reportedly pregnant with baby number four
Stevie Nicks leads tributes following the death of Christine McVie
Why Are Men so Obsessed With Boobs? The Answer is Pretty Surprising...
Mollie King announces death of her father just weeks after welcoming her first child
Here are the first four people officially heading onto Dancing With The Stars
Gifts for Him: 18 affordable presents for your old fella, brother or boyfriend this Christmas
"You can’t imagine what it feels to have had a baby and yet feel like you didn’t"
You may also like
1 month ago
Ed Sheeran to launch his "own extra strength sun cream" for gingers
6 months ago
Surprise! Ed Sheeran announces he and wife Cherry have welcomed baby #2
7 months ago
RTÉ's Des Cahill catches a fan with other plans at Ed Sheeran's Croke Park gig
9 months ago
Adele cleans up at Brit Awards with three big wins
1 year ago
Ed Sheeran announces concert at Croke Park
1 year ago
Ed Sheeran announces shows in Belfast, Limerick and Cork
Next Page