According to a source, Prince Charles is working on a "new slimmed-down monarchy".

Almost two months have passed since Prince Harry and Meghan Markle sat down with Oprah, but the fallout from the bombshell interview continues.

A source told US Weekly that Harry's father, Prince Charles is "still fuming" with his son, and is in the process of "freezing" him out.

Harry reunited with the royal family at the funeral of his grandfather, Prince Phillip. It seems, however, that the visit did little to repair his relationship with his dad.

Harry spoke about the fractured relationship a few months ago.

The Prince told Winfrey that when they moved to Canada, his father stopped taking his calls. After some time, they began speaking again, but the relationship had changed.

"There's a lot to work through there," Harry said.

Harry added that he felt "let down" by his father because he has "been through something similar". 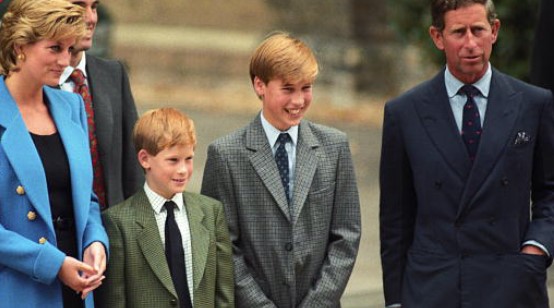 "Archie's his grandson," Harry said. "But at the same time, I will always love him. There's a lot of hurt that's happened, and I will continue to make it one of my priorities to try and heal that relationship."

It appears little progress has been made in that regard, if recent reports are anything to go by.

"Unfortunately, Harry and Charles didn't resolve their differences when Harry returned to the UK," the source said. "They barely communicated. There definitely continues to be a wedge between the two."

The source added: "Charles is working toward a new slimmed-down monarchy and is freezing Harry out. He’s actually already out. After the damage Harry caused the family, he firmly believes that his son doesn't deserve the privilege of being a royal.

"To be honest, Harry didn’t go running back to Charles, begging for forgiveness, either. He still hasn’t forgiven his father for his lack of effort and support after he and Meghan decided to move. The reason Harry went back to the U.K. was to see the queen and to pay his respects to Prince Philip. That’s about as far as it goes."

popular
Here is the reported I'm A Celeb All Stars line-up
Two Love Island 2022 stars have just become step siblings...
Molly Mae Hague shares emotional moment she discovered she was pregnant
Abducted in Plain Sight: True crime drama follows girl who was kidnapped twice by the same man
Female child rushed to hospital after violent incident in Co. Clare
Here's when Florence Pugh's new Irish film lands on Netflix
Why Are Men so Obsessed With Boobs? The Answer is Pretty Surprising...
You may also like
1 week ago
Prince Harry told about Queen's death five minutes before public announcement
1 week ago
Prince Harry given permission to wear his military uniform after public backlash
2 weeks ago
Princess Anne shares statement on the death of her mother
2 weeks ago
Prince Harry is making it clear he doesn't want any royal drama
2 weeks ago
Prince Harry issues statement following death of Queen Elizabeth
2 weeks ago
Harry and Meghan's children are now a Prince and Princess
Next Page