Lifeguards were "paralysed" with shock when the incident occurred.

A synchronised swimmer who fainted underwater was saved by her heroic coach at the World Championships in Budapest on Wednesday.

Anita Alvarez was competing in the final of the women's solo event when she suddenly lost consciousness and sank to the bottom of the pool.

Her coach, Spanish Olympic medalist Andrea Fuentes, dove into the water fully clothed to pull the 25-year-old out while medical assistance arrived.

Following the incident, Andrea spoke to a Spanish radio program, El Larguero, in which she criticised lifeguards for their slow response to the emergency.

"We athletes look for the limit of the body and sometimes we find it,” she said. “I saw that the lifeguards were not jumping into the water because they were paralyzed. I was shouting at them from the other side to get into the water, now!

"I saw them looking dumbfounded, so I jumped into the water and straight towards her. I saw how she was sinking and I swam as fast as I could. I did the fastest freedive of my life, faster than when I was preparing for the Olympics.”

She continued: “I was giving it all I could, and my shirt felt like it weighed 20 kilos. When I got to her, I saw the lifeguard swimming towards us at his own pace. I grabbed her and pulled her out, but I could see she wasn’t breathing. 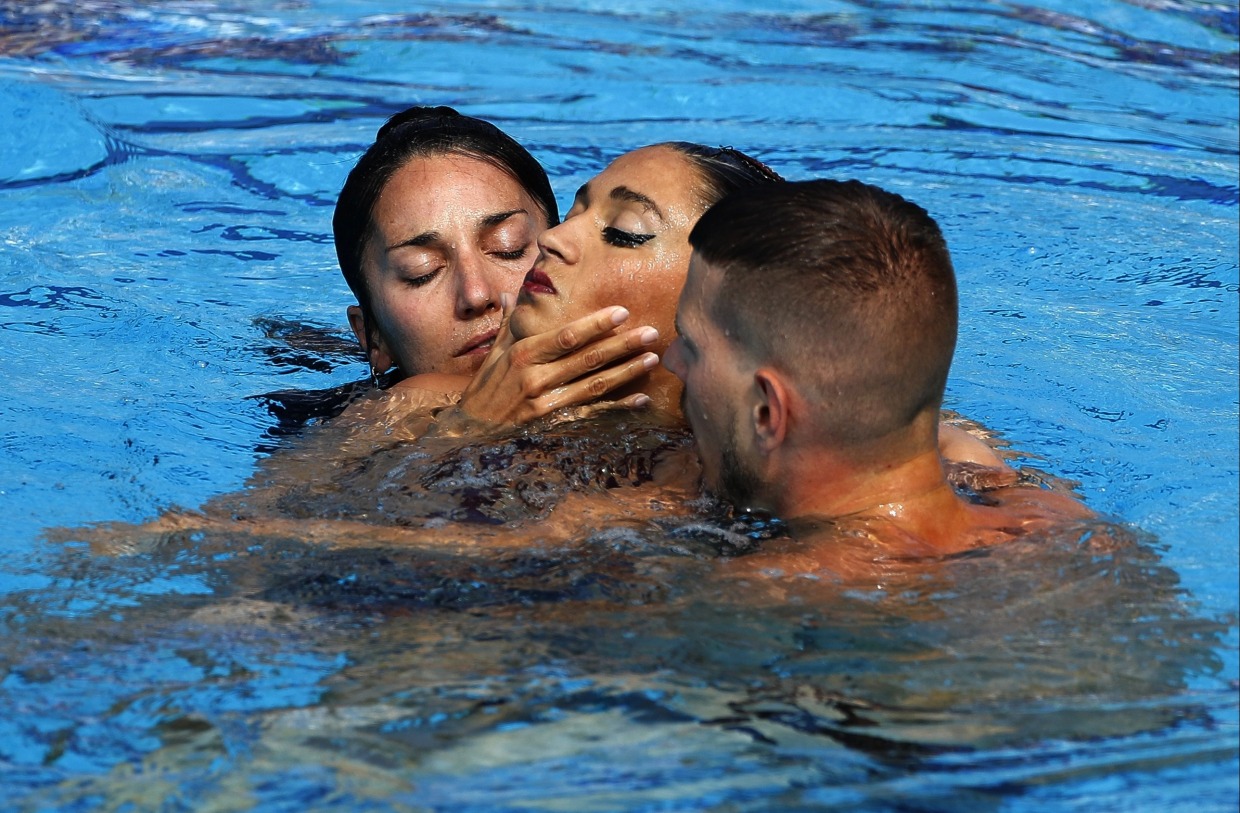 "Her jaw was clenched and super hard. I slapped her twice and shouted, 'Anita, breathe!' And she wasn’t breathing.

"The lifeguard was keeping her face-up. In first aid they teach you that when someone is not breathing you have to turn them on their side, so I turned her head."

Andrea went on to criticise the medical staff who came to assist after she had pulled Anita out.

"I don’t know if it was their first time because they kept trying to put masks on her and she kept crying, asking them to leave her alone. In the end I had to fight with them a little bit. It was as if they were hysterical."

popular
Love Island’s Afia explains why Gemma’s dad has not been mentioned on show
Two dumped islanders have confessed their feelings for each other since leaving the villa
Miley Cyrus responds to rumours she is expecting her first child
23 shows with four or more seasons to watch on Netflix
Love Island fans concerned over "bullying" of Ekin-Su
Woman saved from hostage situation after leaving note on food delivery order
Why Are Men so Obsessed With Boobs? The Answer is Pretty Surprising...
You may also like
2 weeks ago
Gerard Pique and Shakira announce they have split after 11 years
1 month ago
Taking up golf? Here's where you can find somewhere to practice near you
2 months ago
Kenny Shiels apologises for comments about 'emotional' women footballers
2 months ago
Transgender women no longer allowed to compete at British female cycling events
2 months ago
Young British rugby star passes away aged 20 following injury
4 months ago
Coleen Rooney says she's learned to 'live with' Wayne's cheating but they're not 'lovey dovey'
Next Page