For the latest in our series of editorials focusing on Irish Women in Business, we're talking to three Leaving Cert students Lauren, Jennifer and Alex about their first venture Focail Iontacha.

Focail Iontacha, an Irish language card game which aims to improve literacy and numeracy through the medium of Irish with players challenging to make words ‘as Gaeilge’, started as a Transition Year project that has developed into a real business for the Cork ladies.

We spoke to Alex about starting up the app, growing out their business and networking in Washington….

We started the game while in Transition Year in our school Regina Mundi College. As students we understood the difficulty many of our classmates faced when learning the Irish language. We wanted to create an enjoyable learning experience for students and Irish enthusiasts alike. We entered our product in the first ever series of "Dragons' Den: Junior Dragons" on RTÉ. Dragon and Altocloud CEO Barry O'Sullivan awarded us a bursary which allowed us to produce the game on a large scale. 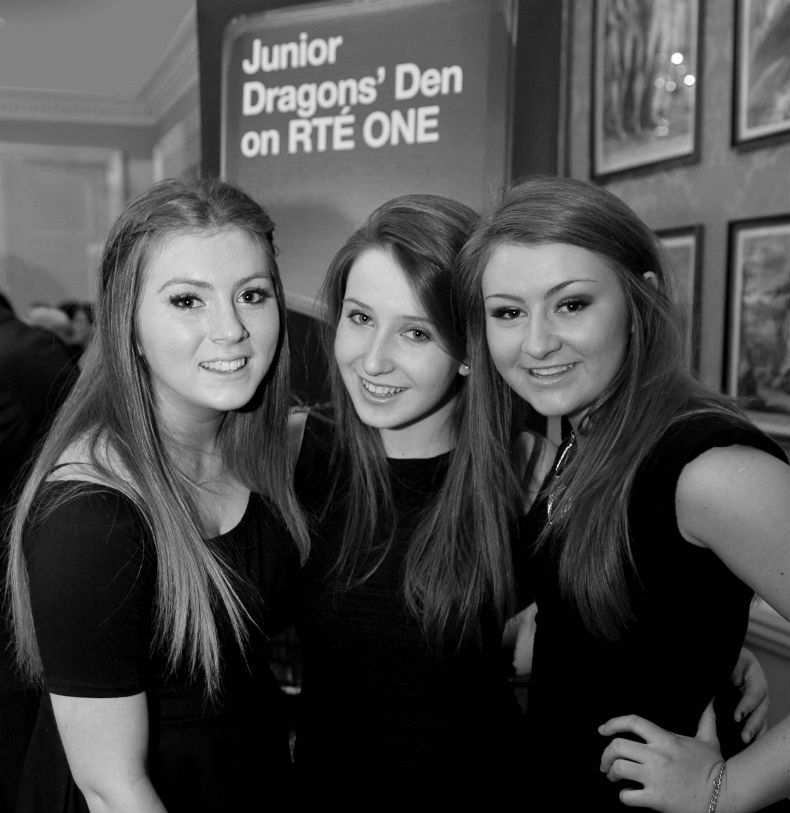 How did you decide on the concept, roles and responsibilities?

We brainstormed for a few weeks until we  decided how the game would work best. Initially we had to hand cut cards and make cardboard boxes but now that we've had them mass produced our jobs are a lot less orientated around arts and crafts. We try to share responsibilities so that no one feels swamped with work, along with the pressure of exams -we'll be doing our Leaving Cert in a few short weeks! Most days I deal with sales, social media and customer service but other days I could be dealing with suppliers and couriers - it's always different!

How did you decide to grow your business?

Focail Iontacha had grown organically form very humble beginnings, by increasing our output and expanding our customer base. We started out with our Dragons' Den bursary and borrowed money from our parents to get up and running. Thankfully, our parents now have been fully repaid and we've been able to reinvest profits to grow further. We recently opened up accounts with Irish retailer Easons who now stock Focail Iontacha in selected stores nationwide. Our game is available is several other retailers in Cork such and on our online store. We plan to develop the game in other languages such as French, Spanish and Chinese once we finish our Leaving Certificate. A mobile app development is also on the cards. 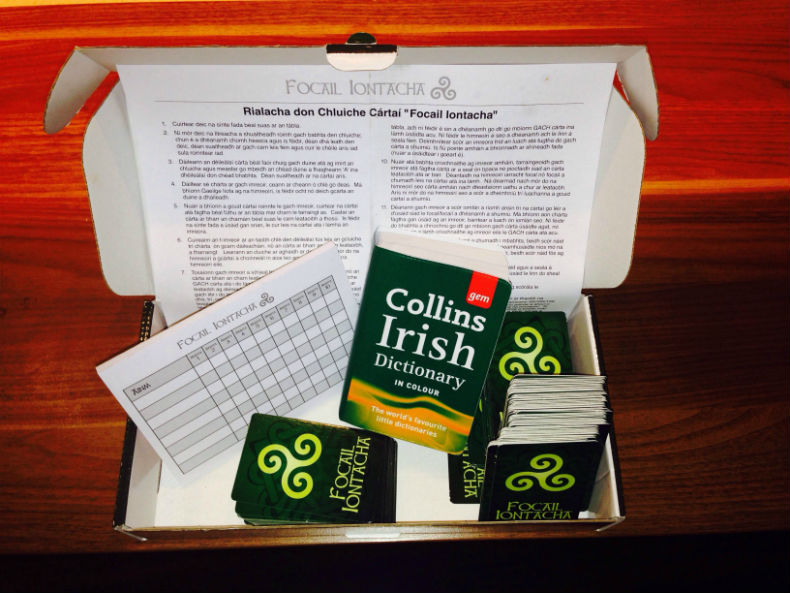 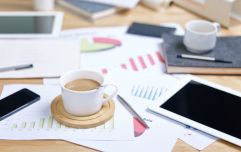 END_OF_DOCUMENT_TOKEN_TO_BE_REPLACED

What has been your biggest barrier in starting out in business on your own?

I'd suppose the biggest obstacle we've faced so far has been our age. We were 15 and 16 when we started out and now we're 18 which means that we've had to run our business while trying to do our Leaving Cert. It's sometimes difficult to juggle schoolwork with running a business, but it's by no means impossible. There are a lot more student entrepreneurs out there than people realise!

How has your game stood out against market competitors?

Our game stands out against market competitors as it's extremely adaptable. The game can be played by individuals, or students can play in teams/ pairs. This is conducive to the classroom environment as we often find that students learn more by working in teams, where stronger students can help students who haven't yet mastered the language - peer learning is a great tool!

Focail Iontacha was chosen to represent Ireland in the Global Student Entrepreneur Awards held in Washington D.C. in April. This has been our mark of success as we had to beat off stiff competition from several university students to win the National competition. We were the only second level students and more importantly the only women in the National round. Although we didn't win in D.C. we were proud to fly the flag for Irish businesses and indeed women in business while in the US. 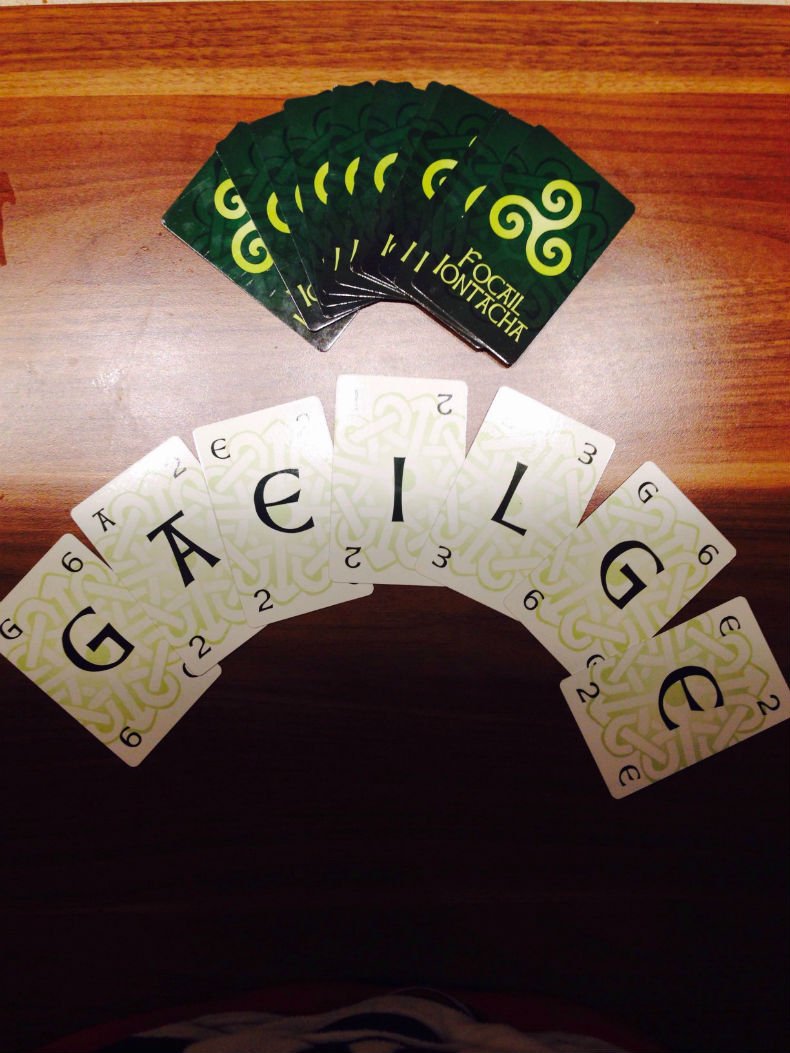 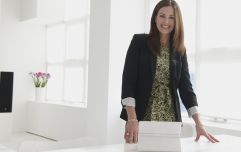 All Grown Up: How To Make The Right Impression In The Workplace

END_OF_DOCUMENT_TOKEN_TO_BE_REPLACED

For me the best thing about being my own boss is being able to have a vision for our business and the freedom to achieve it in a sustainable and responsible way. We've stayed small in order to be able to completely produce the game in Ireland. It would have been a lot more cost effective and scalable for us if we had moved production to somewhere like China, but we're passionate about supporting Irish industry and Irish jobs. This is something I'm extremely proud of and would encourage other companies to consider. Yes, it may result in slightly reduced profit but National pride is something you can't put a price on.

We've been quite lucky in the sense that Ireland and specifically Cork are great places to do business. Everyone we've approached has been so forthcoming with advice. The businesses we work closely with have been brilliant too. I'd like to pay special tribute to Collins' Printers (previously Tony Myles Printers) for always catering to our (extensive) printing needs!

I think our parents in particular have been our most important mentors. It must be hard for any parents to have kids doing the Leaving Cert but throw in a business on top of that and it's absolute mayhem! They have all been so supportive of our endeavours. I know my Mom certainly picks up the slack when I'm busy with exams, she knows the business as well as I do!

What's been your greatest moment since starting out in business?

We've had so many great moments so far but I think I speak for both Lauren and Jennifer when I say that our recent trip to Washington was a real high point! We met some wonderful like-minded student entrepreneurs from around the world who I have no doubt we'll remain in contact with for many years to come.

What advice would you give to somebody else who has an idea but might not know how to go about starting up in business?

I would advise any students with similar ambitions to thoroughly research their ideas and talk to industry professionals when starting out. Remember that this is a great age to take chances and make mistakes so don't let the fear of failing put you off!

popular
The €9 buy fans swear is an EXACT dupe of Estée Launder's popular Double Wear foundation
Between seasons: These fab sale buys will see you through to autumn
How to cope in this humidity: From sleeping better to dealing with frizzy hair!
It turns out we're all peeling oranges wrong and this madness has to stop
This no bake 'Chocolate Refrigerator Cake' recipe has us drooling
Billy Connolly Has Harsh Words With Russell Brand, After Brand Asks a Woman to Flash Him...
The Queen has banned Meghan Markle from wearing any of Princess Diana's jewellery
You may also like
4 years ago
The Creator Of Grey's Anatomy Just Gave The Most Inspiring Talk
4 years ago
More Great Irish Jobs News - Glanbia Are Hiring
4 years ago
Making It Rain - The Beckhams Made A Crazy Amount Of Money Last Year
4 years ago
KPMG Are Recruiting At Dublin Airport
4 years ago
Want To Know Exactly How Much Your Free Time Is Worth?
4 years ago
Was Your Flight Cancelled Today? Here's What You Need To Know About Your Rights
Next Page