Amanda Knox is pregnant only weeks after suffering a miscarriage

Amanda Knox has announced some exciting news, she is pregnant only weeks after suffering a heartbreaking miscarriage.

Breaking the news to her listeners during the newest episode of her Labyrinth podcast, she waved around a positive pregnancy test while shouting: "Thank goodness we did it."

END_OF_DOCUMENT_TOKEN_TO_BE_REPLACED

The 34 year old and her husband Christopher Robinson endured a heartbreaking miscarriage two months ago when Amanda was forced to have an induced birth.

As the pair have been bringing listeners along on their journey of becoming parents, they told all about how at six weeks, their baby's heartbeat couldn't be detected and later found out their baby had stopped growing.

END_OF_DOCUMENT_TOKEN_TO_BE_REPLACED

She said: "That was confusing to me because I thought "why would there be a dead baby just hanging out in there?" If it wasn’t viable, why wasn’t going away?

"My body didn’t even know, and that felt weird to me… I didn’t know that you could have a missed miscarriage.

"I knew exactly what I want to do with my first pregnancy, and to have it not come to fruition, not through choice felt like a betrayal."

Amanda was so distraught over the miscarriage that she even went as far as thinking if something that had happened in Italy had some type of effect on it. 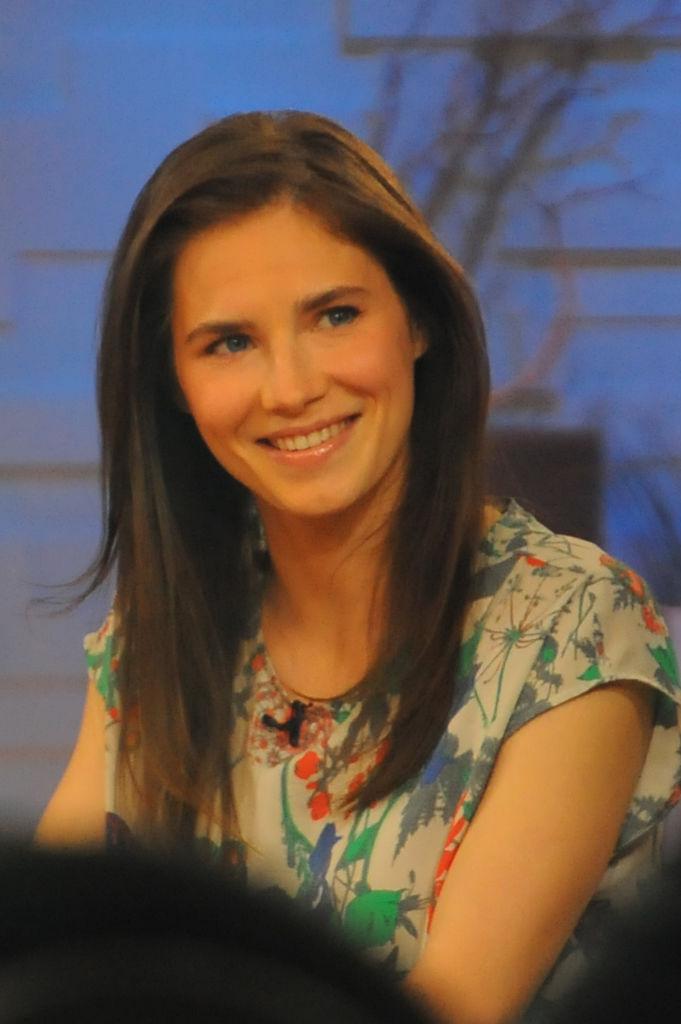 END_OF_DOCUMENT_TOKEN_TO_BE_REPLACED

For those of you who might not know, Amanda became a big name across the globe when she was accused of murdering her then-roommate Meredith Kercher alongside her ex-boyfriend Raffaele Sollecito while the two girls were exchange students in Perugia in Italy in 2007.

She was initially found guilty of the murder and served four years in prison, only to be later released and acquitted of the charges.

Her story comes to light once again with the release of Matt Damon's latest film Stillwater which tells the story of an oil rig worker who goes to Marseille in France to help prove his daughter is innocent of murdering her roommate.

Amanda is not at all impressed with this film and claims that yet another person is continuing to "profit off my name, face & story without my consent."

popular
Irish girls name was the most used Irish name in the United States last year
Love Island’s Afia explains why Gemma’s dad has not been mentioned on show
Love Island fans react to "confusing" recoupling
This is the easiest way to determine you may have VIKING heritage
Why Are Men so Obsessed With Boobs? The Answer is Pretty Surprising...
Two of the Peaky Blinders gang are actually brothers in real life
Love Island fans are scratching their heads after finding Tasha's maternity photoshoot
You may also like
2 days ago
Outrage as woman says doctor told her to "be quiet" during labour
1 week ago
"I don't care": TikToker responds to vaping while pregnant backlash
1 week ago
Woman dies in Limerick following home birth
3 weeks ago
Pregnant bride goes into labour on her wedding day four weeks early
2 months ago
Caitríona Perry confirms she's expecting her second child
2 months ago
Charlotte Crosby is pregnant with her first child
Next Page