Apparently, this is reason that Love Island's Megan and Wes broke up

Megan Barton-Hanson and Wes Nelson have become the latest Love Island couple to have gone their separate ways.

The pair, who were firm fan favourites on Love Island 2018, appeared to be going from strength to strength after their time in the villa.

But early Saturday morning, Megan told her followers that she and Wes had made the "incredibly hard decision" to split up.

Wes has not yet publicly commented on the break up.

However, a source said to be close to the couple has now reportedly revealed the reason Megan and Wes called it quits.

They explained to The Sun that the pair - who placed fourth in 2018's Love Island - had been "privately rowing nonstop" over Wes' Dancing On Ice partner, Vanessa.

"It's all about Vanessa. [Megan] can't get over her and doesn't trust her.

"Their friends are hopeful that when Dancing On Ice is over they can sort their differences out and Megan will trust that Wes wants to be with her and nobody else."

The insider explained that Megan and Wes had both moved out to "separate places" after their apartment was robbed this week.

"Megan thinks it's just another sign they're doomed and can't cope with all the stress.

"Wes is deeply in love with her and devastated she's ended it."

Megan issued a statement on Saturday morning confirming that it was "hearts full of sadness" she and Wes had decided to separate.

"We have been working hard for well under a year, some of it separated, to see what might have been possible between us and we have come to the conclusion that while we love each other very much we will remain separate.

"We are, however, and always will be a family and in many ways we are closer than we have ever been. We are parents first and foremost to one incredibly wonderful hamster and we ask for his and our space and privacy to be respected at this difficult time.

"We haven't really conducted our relationship that privately and we hope that as we consciously uncouple and co-parent we will be able to continue in the same manner. Love Megan and Wes." 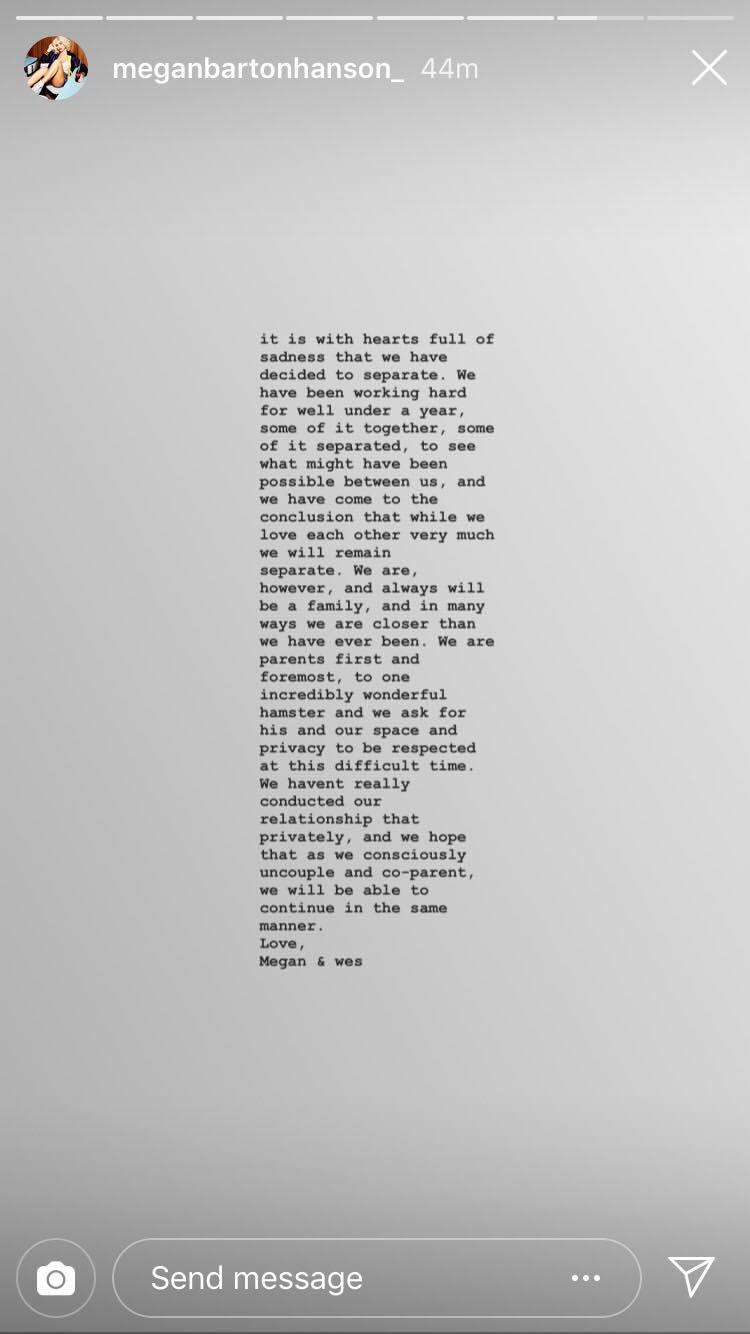 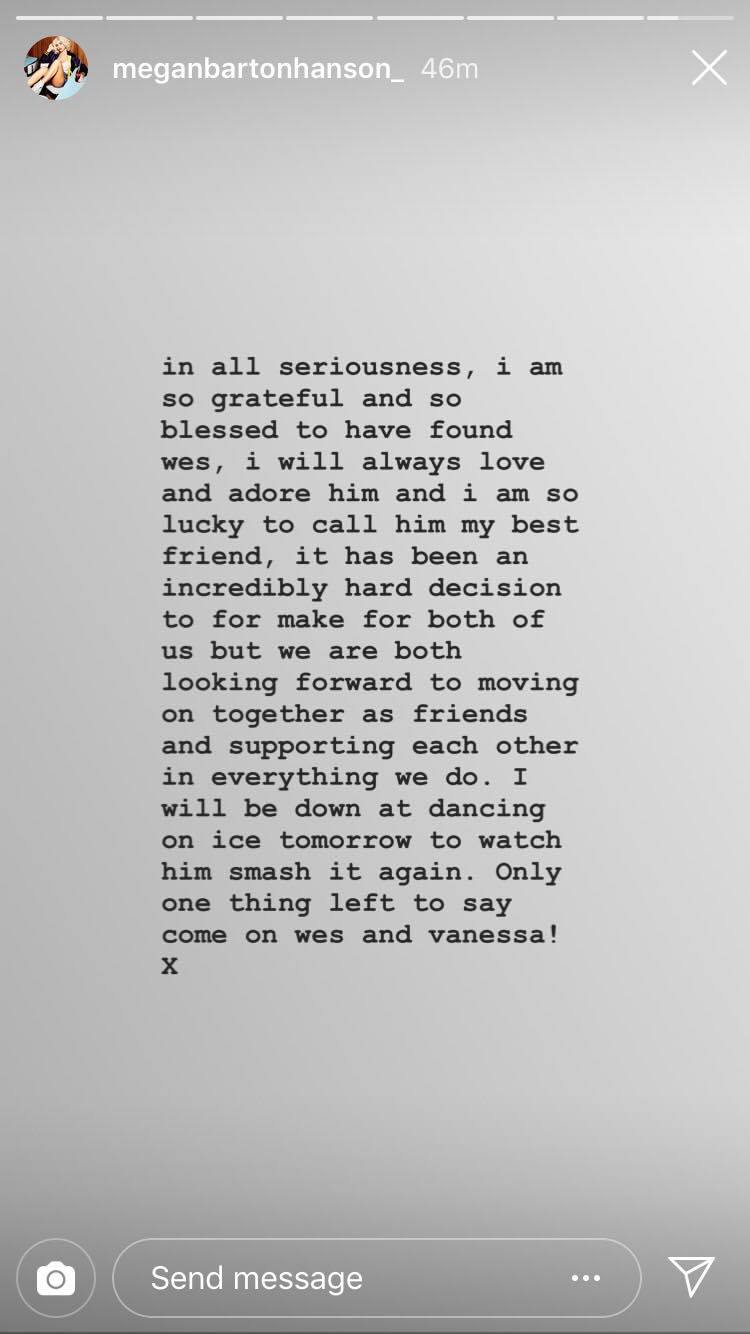 Megan soon followed up with a second statement, talking about how she was "so grateful and blessed" to have found Wes.

"I will always love and adore him and I am so lucky to call him my best friend."

popular
Vogue Williams slams man who refused to swap seats with her on plane
Green Party representative calls for a temporary ban of stag and hen parties in Ireland
Greg O'Shea actually left Love Island to go to his granny's funeral
Georgia Toffolo rumoured to be returning to jungle for I'm A Celeb All Stars
Ryanair, easyJet and BA issue warning to anyone boarding with smart bag
Tasha and Andrew have officially started looking for a home together
Scarlett Moffatt slams 'disgusting' pap for sneaking into hotel to take photos of her
You may also like
1 day ago
TikToker calls Indiyah his "wife" in front of Dami in viral video
1 day ago
Greg O'Shea actually left Love Island to go to his granny's funeral
1 day ago
Medics were called into Love Island villa after Ekin-Su had a panic attack
2 days ago
Coco Lodge has released her Love Island audition tape
2 days ago
Love Island's Jazmine issues health update after developing Sepsis
2 days ago
Jack Keating confirms he's on a celebrity dating app
Next Page