AWKWARD: E! News Are All Set for a Very Funny Report About #KIMYE in Ireland

As the world and its mother now knows, (whether they wanted to or not), it was a case of two become one at the weekend for Kanye West and Kim Kardashian. The rapper and reality TV star wed in Florence before reportedly jetting to Cork for a few days of rest and relaxation at the luxurious Castlemartyr Resort.

Now, the world's media (or their entertainment divisions at least) are keeping a close eye on news from the Rebel County for any Kimye sightings... but they really didn't account for the Irish sense of humour.

One poor soul in the E! newsroom has been trawling Twitter for reports, but unfortunately she's taking everything at face value. According to locals, so far K & K have been spotted tampering with election posters, getting some breakfast rolls in Centra and eyeing up bargain wellies in Aldi. Katie Durocher, executive producer and reporter, can't wait to hear more. 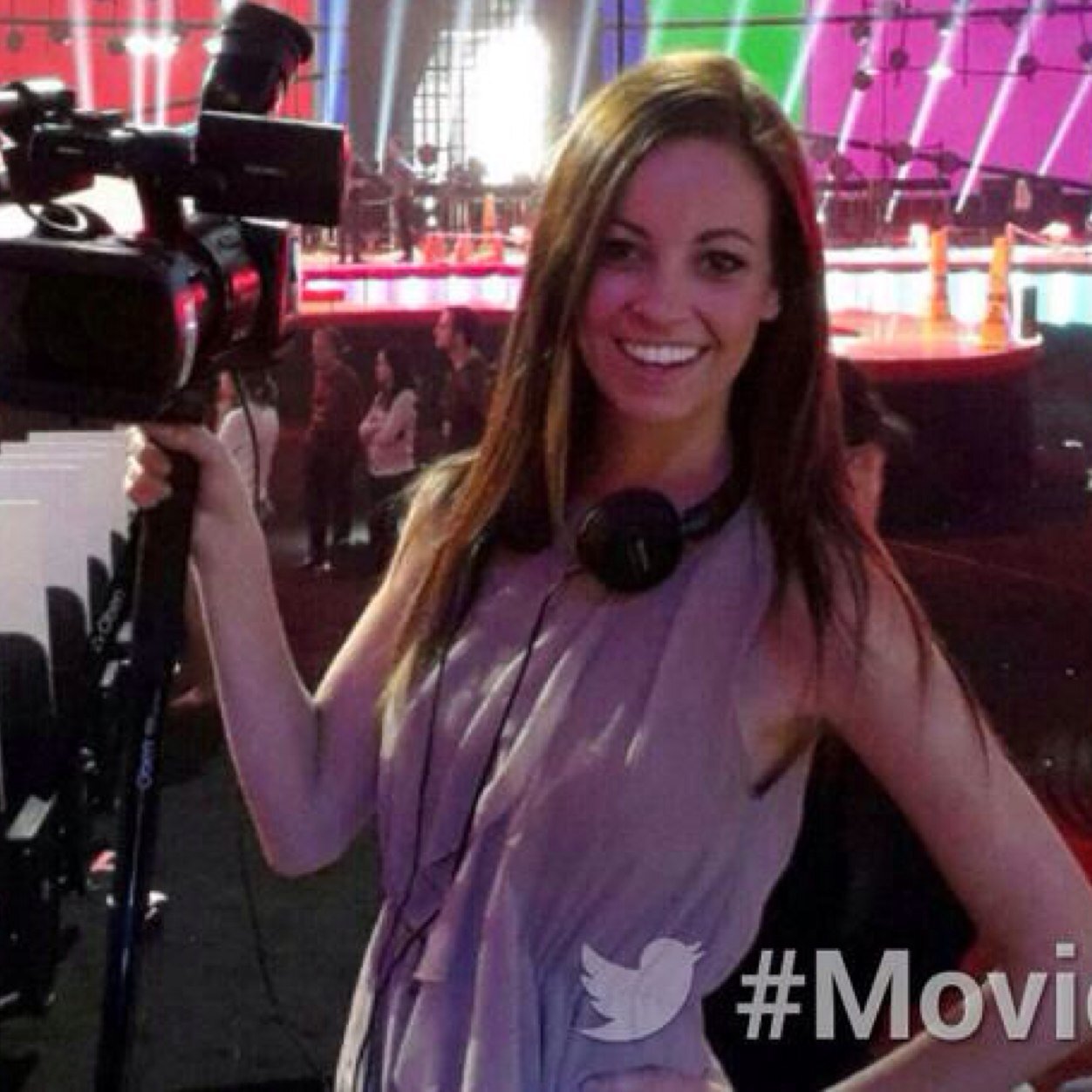 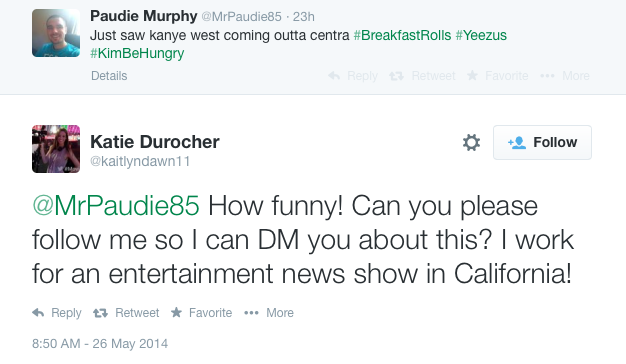 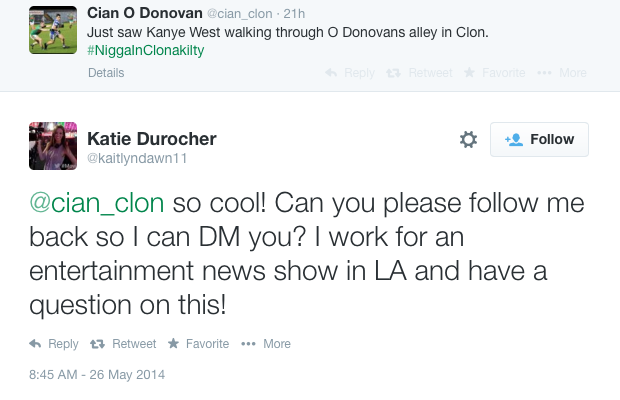 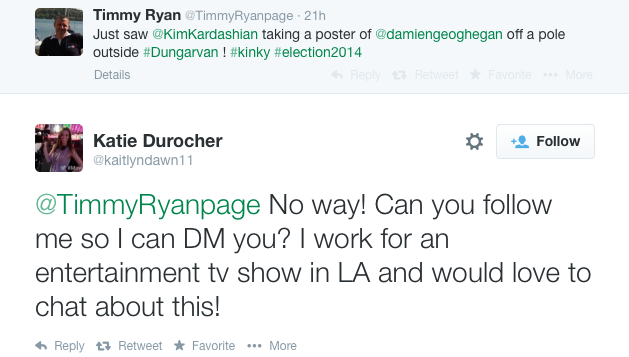 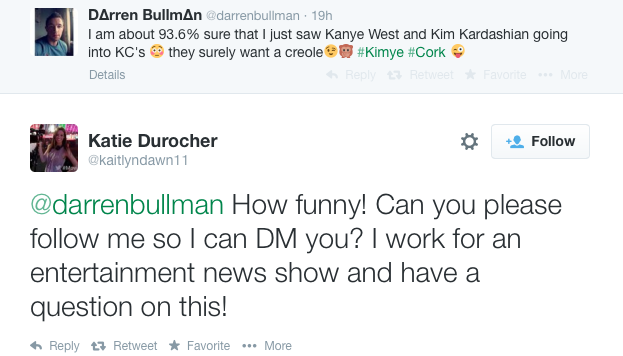 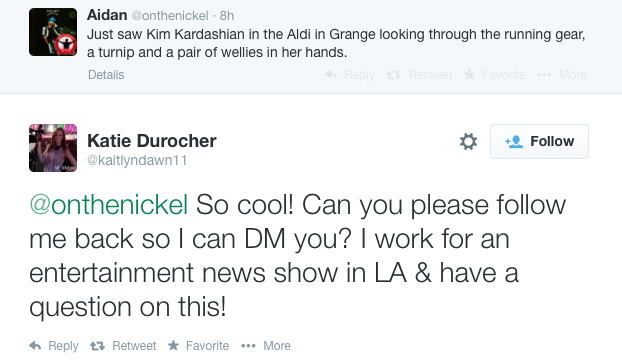 popular
Irish mams are falling for the "nosey challenge" on TikTok and it's gas
This simple messy ponytail is everywhere and its effortlessly glam
This sauce sachet hack is a game changer for eating chips
Why Are Men so Obsessed With Boobs? The Answer is Pretty Surprising...
Miracle baby on the way for bride whose partner died on wedding day
Science says this is how many dates you have to go on before you find 'The One'
Love is dead... Shakira and her husband Gerard have reportedly split
You may also like
1 week ago
Why did Britney delete her Instagram?
3 weeks ago
TikTokers flood Texas abortion whistleblower site with Shrek memes and porn
3 months ago
TikTok star sentenced to 10 years in prison over "human trafficking"
3 months ago
OnlyFans to move away from adult content in bid to reach $1B valuation
5 months ago
Couples who post more selfies are less happy, says study
5 months ago
Instagram v reality: Why are we so fascinated by "normal" photos of celebrities?
Next Page