I think it goes without saying that every single one of us has been in that horrific situation. You pay money to go to the hairdresser and some way or another you leave crying.

From a cut that was WAY shorter than you wanted to too much bleach burning your hair off to a dye job gone south. We feel, we stan.

And so, when Billie debuted a mullet on the red carpet for the LACMA Art + Film Gala, it was not deliberate. 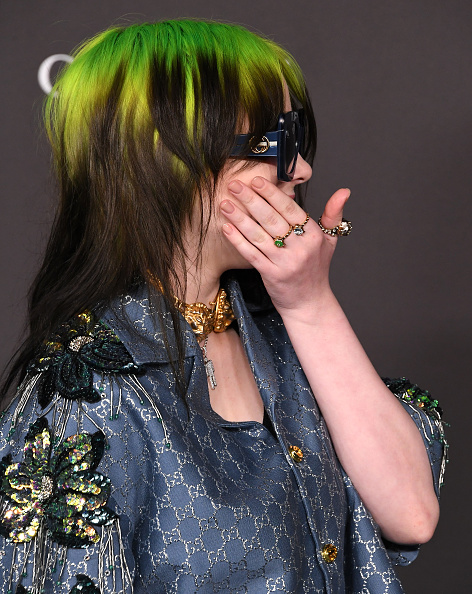 It turns out Billie's cut is a result of too much bleach and maybe, bad hairdressing skills?

When asked on the red carpet by TMZ if the 'do is here to stay, the Bad Guy singer was less than impressed.

"That's so mean," she replied. "No listen, you know what happened? Somebody dyed my hair and they burnt half of it off.

"That sh*t is not on purpose though, I'm growing that sh*t out."

If it's any consolation, it doesn't look bad on Billie but we're just thrilled to see she's not trying to bring the mullet back. My 15-year-old self or my hair hasn't still recovered from the last time we thought that was a look.

popular
Chrissy Teigen and John Legend suffer pregnancy loss due to complications
Dr Tony Holohan to return to Chief Medical Officer role next week
This is how you can protect your Instagram account from that Ray-Ban scam
Kylie Jenner boosts US voter registration traffic by 1,500%
All of the Love Island couples that are still together (and those that aren't)
Dirty Dancing officially arrives on Netflix today and that's our Sunday sorted
SISTERS! The Hocus Pocus cast are reuniting for Halloween
You may also like
1 day ago
Having written about beauty for a decade, here's the morning routine I swear by for glowing skin
3 days ago
This dress has a built in face mask so you'll never forget yours again
6 days ago
"Like botox, but without needles" – I tested Gua Sha, and the results were impressive
1 week ago
3 classic runner styles that will keep you on trend for the season ahead
2 weeks ago
10 on-trend pieces from & Other Stories that'll complete your entire autumn-winter wardrobe
2 weeks ago
5 red pieces from Penneys we need for our autumnal wardrobe
Next Page