Dane Bowers has been convicted of assaulting his ex-girlfriend.

The former Another Level singer was engaged to former Miss Wales Sophia Cahill for a year before the pair split last December.

Dane alleged he acted in self defense following Ms. Cahill's claims that he had left her with a bloody nose in a row in January at his parents' home.

END_OF_DOCUMENT_TOKEN_TO_BE_REPLACED 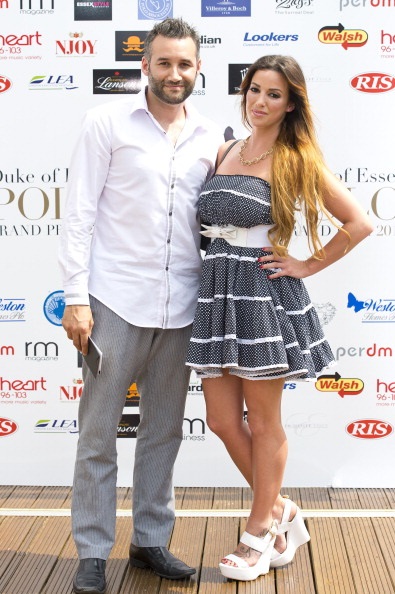 The pair split in December.

He told Croydon Magistrates' court that although he had made contact when he hit out during the altercation, that the injury was an accident.

The court heard that the argument began when Ms. Cahill questioned Dane about glitter on his face.

She said: "I had caught him in bed with somebody (before). That obviously gave us trust issues.

END_OF_DOCUMENT_TOKEN_TO_BE_REPLACED

“He had been out all night and obviously I jumped to conclusions because of other things he has done in the past.”

The altercation occurred in January.

Bowers denied one count of assault by beating, and told the court that he "grabbed her by the arms, to move her out, and she fell to the floor.

END_OF_DOCUMENT_TOKEN_TO_BE_REPLACED

He added: "We both stumbled, it was like a scuffle, and she did go to the floor. I didn’t throw her to the floor.

"That’s when I must have hit her on the nose, that was me trying to get away from her."

However, District Judge Andrew Sweet said: “I am satisfied that he assaulted her in the manner she described.”

He adjourned the case for sentencing on October 15th and did not rule out a prison sentence.

popular
Woman who 'fell off' rollercoaster ride is identified
Corrie actress Lucy Fallon pregnant after miscarriage heartache
Alec and Hilaria Baldwin welcome their seventh child
Netflix's true crime series Sins of our Mother is seriously insane
So, William and Harry have a step sister... and who knew?
Budget 2023: Parents will not have to pay for primary school books from next year
Why Are Men so Obsessed With Boobs? The Answer is Pretty Surprising...
You may also like
3 years ago
Turns out, this colour of wine gives you the WORST hangover
6 years ago
Gwen Stefani Receives Massive Backlash After "Insulting" April Fools' Prank
6 years ago
Katie Price Names And Shames The Twitter Trolls Bullying Her Son Harvey
6 years ago
Kim Kardashian Blasts "Body-Shaming and Slut-Shaming" In Brilliantly Honest Post
6 years ago
WATCH: Emma Watson Launched HeForShe Arts Week On International Women’s Day
6 years ago
Kylie Minogue Just Served Kylie Jenner With Some Scathing Home Truths
Next Page