Brendan Murray and Dalton Harris have quashed rumours that they're seeing one another.

Brendan, 21, responded to speculation online that the pair were in a relationship over photos of them hugging, saying the images had been "taken out of context".

"I think things can be taken the wrong way... out of context," he told The Sun.

"People just presume.. 'oh look they are together.'" 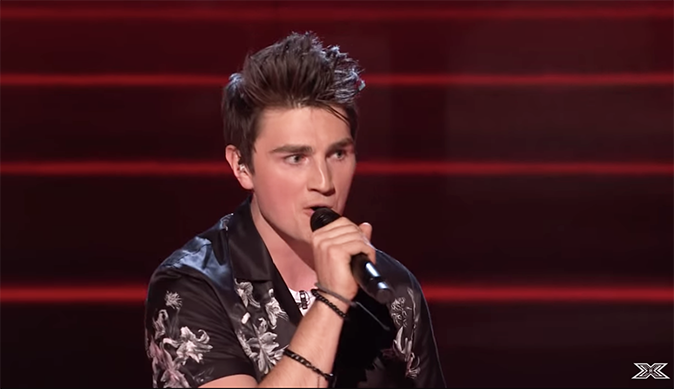 END_OF_DOCUMENT_TOKEN_TO_BE_REPLACED

Dalton said; "But I don't think they believe that. They just think it's a fun thing to do."

"The thing is where I'm from there's a lot of toxic masculinity," he continued.

END_OF_DOCUMENT_TOKEN_TO_BE_REPLACED

"I'm me and he's him. I don't know why we always sexualise everything. It is what it is, and we still are what we are."

Brendan was booted off the talent show in last night's semi-final alongside fellow contestant Danny Tetley.

His performance of Snow Patrol's 'Run' wasn't enough to save him and he got the lowest number of votes from the public.

Memories I’ll have for the rest of my life! Thank you X factor, Thank you Louis Tomlinson, Thank everyone I’ll be back xx pic.twitter.com/BrScj6vQKt

END_OF_DOCUMENT_TOKEN_TO_BE_REPLACED

"This has been the best experience of my life, I want to thank everyone who voted for me every week, thank you Louis for taking me on," he said after the elimination.

The results of last night's show mean that Dalton, Anthony Russell and Scarlett Lee will progress to next week's final.