The icon we didn't know we needed.

And yet, totally deserve.

Britney Spears has been playing a blinder lately, content-wise. 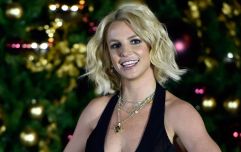 END_OF_DOCUMENT_TOKEN_TO_BE_REPLACED

Not only has she outed herself as a democratic socialist who wants to re-distribute the wealth and tax the rich, but she has also been sharing an abundance of inspirational videos in which she tells the world that yes, things are hard, but yes, they will be okay.

She has also claimed to run faster than Usain Bolt, which is definitely a stretch but who's going to question her?

Britney's latest contribution to quarantine content has come in the form of her dancing to a song. But it's not just any song, it's Justin Timberlake's song, 'Filthy'. 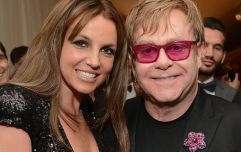 END_OF_DOCUMENT_TOKEN_TO_BE_REPLACED

And she's also referencing their breakup in the post despite things visibly ending on horrific terms for them both. Incredible.

"This is my version of Snapchat or TikTok or whatever the cool thing you’re supposed to do these days," she wrote.

"As you can see I’m not really dancing folks… I’m just very bored.

As if that wasn't enough though (and it absolutely is enough), Justin then took it upon himself to reply to the video with a laughing emoji and a few praise hands.

Normally such an interaction would do very little in terms and excitement and general entertainment, but there's very little going on at the moment, lads.

We'll take what we can get.