Cardi B has deleted her Instagram and we are DEVASTATED

Cancel all of our appointments for this rest of the day.

Draw the curtains, put a blanket over us as we lay on the couch and then let yourself out quietly.

We are in mourning, for Cardi B has left Instagram.

Cardi was officially the best thing about the platform but she left it last night over backlash against her Grammy win. 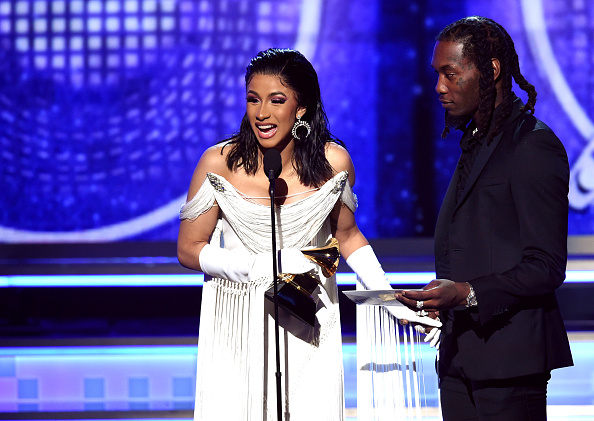 The rapper took home the award for Best Rap Album for Invasion Of Privacy at Sunday night's award ceremony, beating the likes of Travis Scott and Mac Miller, who was posthumously nominated.

She's the first female rapper to even win the accolade but faced criticism from some who said she wasn't deserving of the gong.

In true Cardi style, she posted a big ole rant to Instagram before she deleted her account.

“Now this year’s a f****** problem? My album went two-time platinum, my n—-. And every chart that there was, my album was always top ten.

“Number one album as well. I f****** worked my ass off, locked myself in the studio for three months, my n—-, then went to sleep in my own bed, sometimes for four days straight, pregnant.

If you need us, we'll be wearing black and staring dejectedly out the window.

popular
Traditional names such as Mary, Maureen, John and Michael may soon be extinct
First case of monkeypox confirmed in Republic of Ireland
Young mum packs her bags and travels the world with 3-year-old son
Doctors urge women not to follow Kourtney Kardashian's 'semen' fertility advice
Viewers praise Dermot Kennedy for "powerful" performance after Late Late Show finale
The 2 Johnnies share unbelievable catfish ordeal as woman 'targets 40 people'
Roz Purcell wants people to stop asking when she’s going to have kids
You may also like
7 months ago
You's Penn Badgley and Cardi B are fangirling over each other on Twitter
9 months ago
A Lizzo and Cardi B collaboration is coming out tomorrow
9 months ago
WATCH: WAP sign language interpreter steals the show at festival
11 months ago
Cardi B expecting second child with Offset
1 year ago
Get WAP on repeat! Research reveals listening to Cardi B will make you rich
2 years ago
Cardi B wore the most BIZARRE floral outfit during Paris Fashion Week yesterday
Next Page