Channing Tatum and Jessie J have walked their first red carpet, just a few days after getting back together.

The pair made their debut at Friday night's MusiCares Person of the Year event in Los Angeles where Jessie was later performing.

END_OF_DOCUMENT_TOKEN_TO_BE_REPLACED

Afterwards, the Magic Mike actor shared a photo of Jessie at the awards writing: "Sculpture of magic."

It was confirmed that Channing and Jessie's relationship was, indeed, back on earlier this week. The pair had seemingly needed "a few weeks apart" to determine whether they truly wanted to be together.

And it seems they do, yeah. 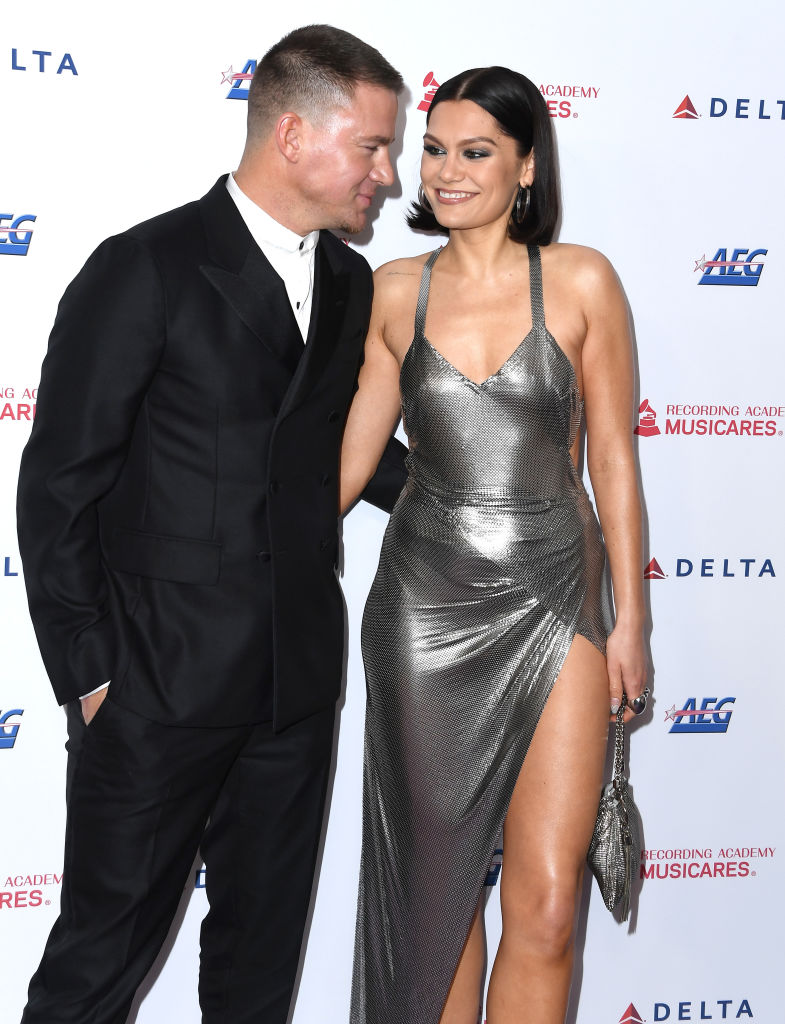 END_OF_DOCUMENT_TOKEN_TO_BE_REPLACED

Channing and Jessie split in December of 2019. They had been dating for about a year.

Back in June 2019, Jessie J spoke to The Times about the pressures of dating in the public eye, and how her relationship with Channing became known before she was ready to discuss it.

“Chan and I got photographed before our relationship was even a thing and that created such pressure,” she said.

“We’ve needed time to get to know each other. We’ve just had our first holiday together, which was wonderful, but that’s all I’m saying.”

The couple were first linked to each other towards the end of 2018 after Channing's split from ex wife Jenna Dawson.

The actor replied and asked why the Instagram user hadn't considered "what you're doing."

"Please kindly get TF out of here," he wrote. "No one wants you here. Especially me. Ain't nobody more beautiful and stunning to look at, but even more as a human, than Jess."

Channing has since turned the comments off on this specific post.

popular
Patrick Clancy asks public to forgive his wife after she murdered their three children
Cork influencer Lisa Jordan releases her own clothing line
Fans call out Jake Paul for insensitive comment on Molly-Mae's baby announcement
Molly Mae has called her daughter after a Disney character
Varadkar slams schools for giving children "too much" homework
A croissant cafe has opened in Dublin and you need to try it
Tributes pour in for 22-year-old woman killed in Mayo crash
You may also like
1 week ago
Yes - a Ghost remake is officially happening and Channing Tatum is involved
2 weeks ago
WIN: Tickets to the Irish premiere of Magic Mike's Last Dance in Dublin
1 year ago
Channing Tatum reveals Magic Mike 3 is on the way
2 years ago
Channing Tatum had the perfect reaction to Jenna Dewan's engagement news
3 years ago
Channing Tatum and Jessie J are dating again after splitting just a month ago
3 years ago
Jessie J has spoken about her devastating breakup from Channing Tatum for the first time
Next Page