The reality star confirmed the news on her website this morning. 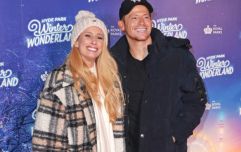 END_OF_DOCUMENT_TOKEN_TO_BE_REPLACED

The new mum revealed she gave birth to a healthy baby girl.

This is Charlotte's first child with her boyfriend Jake Ankers.

Charlotte Crosby's dad tweeted about the new addition to their family shortly after his grandchild was born.

"So, officially a grandfather! Little girl, all is well. Excited for the new chapter in our little family."

Charlotte revealed she was pregnant in April.

The Geordie Shore star admitted she never thought this dream would come true. 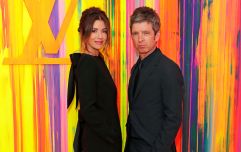 END_OF_DOCUMENT_TOKEN_TO_BE_REPLACED

She shared, “A moment I wasn’t sure would ever be mine is here, it’s mine (and Jake’s) and I couldn’t be happier to be sharing it with you all……I’m having a baby.”

The reality star feared she wouldn't be able to get pregnant after suffering an ectopic pregnancy in 2016.

Charlotte was taken to the hospital after experiencing severe pain and bleeding.

Doctors had no option but to remove Charlotte's left fallopian tube after it ruptured. It was releasing toxins into her body.

Surgeons successfully removed it at St. John and Elizabeth Hospital in London.

Charlotte was dating her former Geordie Shore co-star Gary Beadle at the time of her ectopic pregnancy, but he then cheated on her and the couple ended their relationship.

Huge congratulations to the new mum on the birth of her daughter. We cannot wait to find out what she called her.