Concern is growing over Love Island contestant Will Young after the affable farmer struggled to find a romantic connection early on in the show.

The second-ever winter series began last week, with Maya Jama taking over from Laura Whitmore as the show headed to South Africa for its frosty fix.

END_OF_DOCUMENT_TOKEN_TO_BE_REPLACED

During the first episode, which aired last week, we met the contestants of the show and saw them couple up for the first time.

Girls, Tanya Manhenga, Lana Jenkins, Anna-May Robey, Tanyel Revan and Olivia Hawkins have all made their way to the villa seeking love.

Similarly, boys, Kai Fagan, Ron Hall, Will Young, Shaq Muhammad and Haris Namani have also joined in on the quest.

But the entry of a 'secret bombshell', footballer Tom Clare, created early tension in the camp, with all five couples already paired up.

END_OF_DOCUMENT_TOKEN_TO_BE_REPLACED

He chose to couple up with Olivia Hawkins, leaving Will Young in danger of being eliminated.

The twenty-three-year-old from Buckinghamshire was given another chance when bombshell Zara entered the villa. Sadly though, the model seemed more interested in the other guys, namely Tom, and rejected Will’s advances.

And it seems he’s not making any progress with the other girls either, so much so, that viewers are wanting ITV to step in and put an end to his suffering. 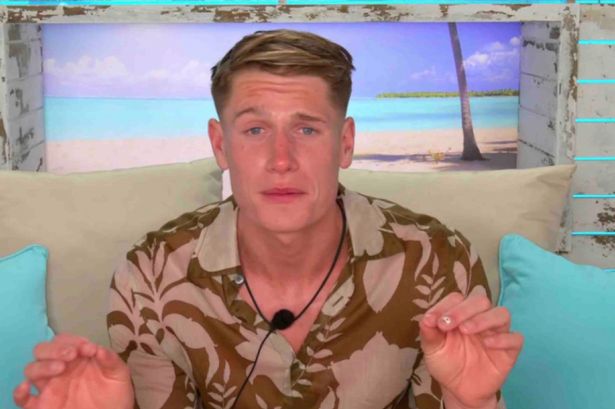 END_OF_DOCUMENT_TOKEN_TO_BE_REPLACED

Taking to social media, one person wrote: “Do the Love Island producers pick somebody to go on every year that doesn’t fit the profile just to show that they are inclusive… Poor Will it’s cruel tbh.”

Another pointed out that Will was losing his spark. “Love Island is a cruel place man,” they said.

While another chimed: “Will needs all the help he can get poor thing,” stating that he’d been friend-zoned.

One fan suggested: “They need to bring a farmer girl for Will that’s the only way this’ll work.”

On Reddit, a fan wrote: “Producers have done Will dirty and are just using him for the joke factor. They didn’t even try and put any type of girl in there that would fancy him and knew this would be the outcome.”

And another chimed in by saying: “Will needs all the help he can get poor thing, feel like producers intentionally put an awkward one in the bunch, it’s getting old ITV.”

popular
Bride asks for divorce day after wedding following groom's disrespectful cake stunt
Natalie Imbruglia's Torn is actually a cover and the original just isn't the same
Tributes paid following tragic death of Emma Pattison and her family
Head of dive squad searching for Nicola Bulley thinks 'something's not right'
Gwen Stefani reportedly pregnant with baby number four
Has the Call Her Daddy podcast just pulled the best marketing stunt of all time?
Here's why Nicola Peltz-Beckham's family are suing her wedding planners
You may also like
19 hours ago
Love Island fans are calling for Ron to be dumped after accusing him of "gaslighting" Lana
2 days ago
Love Islanders are only allowed 2 drinks per night - here’s why
3 days ago
Love Island's Jay Younger says there's a secret and endless supply of snacks in the villa
3 days ago
Does how late you enter the Love Island villa affect your chances? A super scientific study
4 days ago
Shaq and Tanya talk address kissing game as Maya Jama returns to the villa
4 days ago
Love Island fans change their tune on one islander after the kissing challenge
Next Page