"Much loved and respected actress."

Coronation Street actor Jean Fergusson has died at the age of 74.

The actor, who was best known for her role as Dorothy Hoyle in the ITV soap, passed away in her home this week 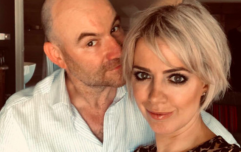 END_OF_DOCUMENT_TOKEN_TO_BE_REPLACED

Her agent, Scott Marshall Partners, confirmed the news today, stating that Fergusson was a "proud Yorkshire woman who never forgot her roots."

"It is with great sadness that we announce the death of our much loved client Jean," they said.

"Jean died overnight on Wednesday 13 November 2019. There are no further details at present. We are very sad that she is no longer with us and our thoughts are with her family and friends. 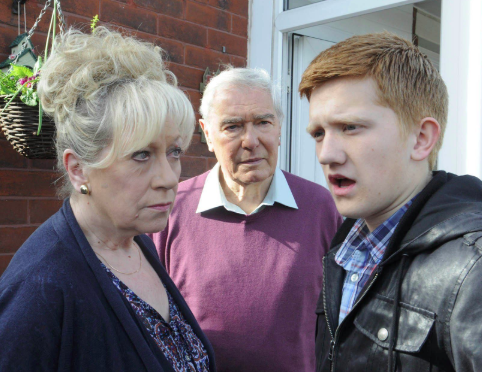 "Born in Wakefield on 30th December 1944, she was a proud Yorkshire woman who never forgot her roots. Her career spanned more than fifty years and started in repertory playing a variety of roles.

"Jean was a much-loved and respected actress, a brilliant comedienne, raconteur and the life and soul of any gathering.  She will be much missed by her many friends and colleagues."

Fergusson was also known for her role in BBC sitcom, The Last Of The Summer Wine. 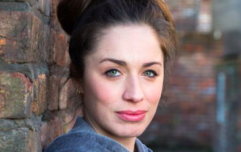 Corrie's Julia Goulding has returned to filming as Shona Ramsey

END_OF_DOCUMENT_TOKEN_TO_BE_REPLACED

Fergusson first appeared in Coronation Street in 1987 as Dr Lowther's sister-in-law Helen Ashcroft, and later as Gary Mallet's mother in 1999.

She joined the cast full time as Dorothy Hoyle in 2010 and later departed the following year.

Girls With Goals || Her · Ep.156: 'Beauty Returns' - Rebecca O'Keeffe is BACK and we're talking about viral beauty trends
popular
Palace source says THIS incident on the tour of Australia upset Meghan's staff
A royal insider has revealed the truth behind Meghan and Kate's rumoured feud
Kate Middleton has addressed the rumours that she's pregnant with her fourth child
Meghan Markle's old CV has emerged - and it seems she lies like the rest of us!
The Queen has banned Meghan Markle from wearing any of Princess Diana's jewellery
10 quotes to remind you you're incredible on International Women's Day
A letter to my daughter on International Women's Day
You may also like
6 days ago
Coronation Street cast pay tribute to the passing of Johnny Briggs
5 months ago
Corrie hit with Ofcom complaints after face masks removed in hospital scene
11 months ago
Corrie's Jack P. Shepherd shares throwback photos to celebrate 20 years on the soap
1 year ago
Corrie's James Burrows has landed his first role after leaving the soap
1 year ago
Coronation Street star 'in self-isolation' over coronavirus worries
1 year ago
'The hardest goodbye': Corrie's Lucy Fallon pays tribute to Bethany Platt as her final scenes air
Next Page